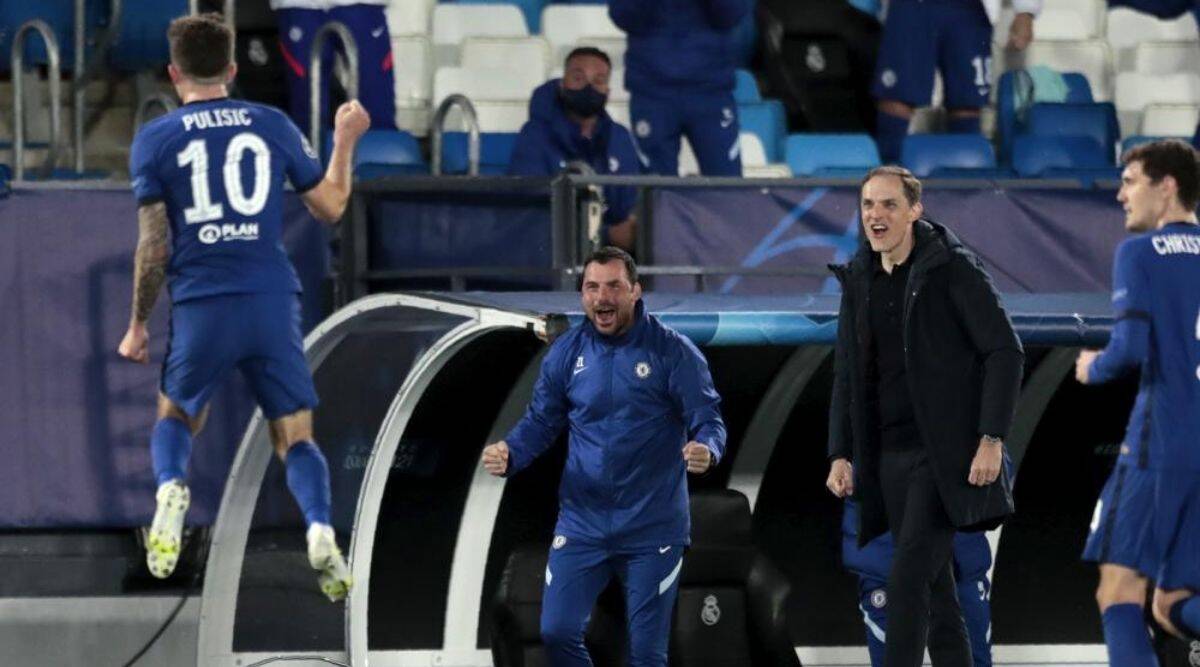 Thomas Tuchel’s side were superior on the night and might even regard themselves as unfortunate not to take an advantage into the return at Stamford Bridge in eight days’ time as they set their sights on a final date against either Manchester City or Paris St-Germain in Istanbul on 29 May.

Chelsea over-ran Madrid in the early stages and should have taken the lead when Timo Werner shot straight at keeper Thibaut Courtois from only six yards – but they were ahead after only 14 minutes when Christian Pulisic kept his cool to steer home a clever finish.

Real were on the ropes but danger man Karim Benzema, who had glanced the outside of an upright from long range, brought them back into the game with a brilliant equaliser, cushioning the ball with a header before sending an acrobatic volley beyond Edouard Mendy in the 29th minute.

Chelsea had the better of the second half but could not carve out the chance to score a potentially vital second. Manager Tuchel will still be very satisfied with both the performance and result.

The Frenchman moved level with former Real Madrid striker Raul after notching his 71st Champions League goal, fourth most in the competition’s history.

Chelsea host Zinedine Zidane’s side in the second leg at Stamford Bridge on May 5.

4,852 Total Views Netflix will begin blocking subscribers from sharing their account passwords with people outside of their household in the…