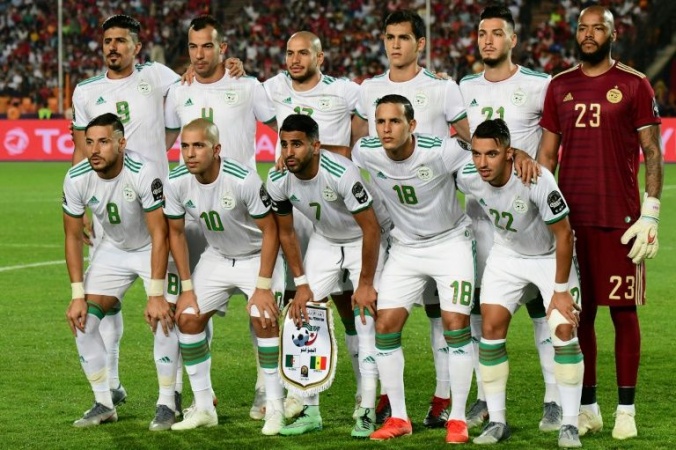 In another high-profile warm-up match behind closed doors ahead of 2021 Africa Cup of Nations qualifying next month, Morocco triumphed 3-1 over a depleted Senegal.

Cup of Nations title-holders Algeria needed less than six minutes to score the goal in the Austrian town of Sankt Veit an der Glan that sank Nigeria in a rematch of the 2019 semi-final at the flagship African competition.

Centre-back Ramy Bensebaini ventured forward for a corner and after heading the ball downward, poked it into the net.

Nigeria gave a debut to Frankfurt-born Kevin Akpoguma who, like Bensebaini, plays in the Bundesliga, and represented Germany at an under-age level before switching his allegiance.

The defender is the latest of many Europe-born footballers to represent the African country where parents or grandparents come from.

Algeria last lost in October 2018 away to Benin and now move to the Netherlands for a friendly against Mexico on Tuesday.

Senegal, the top-ranked African national team ahead of Tunisia, Nigeria, Algeria and Morocco, suffered a series of major withdrawals from the squad.

Hours after handing over ceremony, Willie Obiano grabbed by EFCC at Lagos Airport

11,863 Total Views Lagos, Nigeria – Union Bank of Nigeria is pleased to announce that it has received high ratings in…