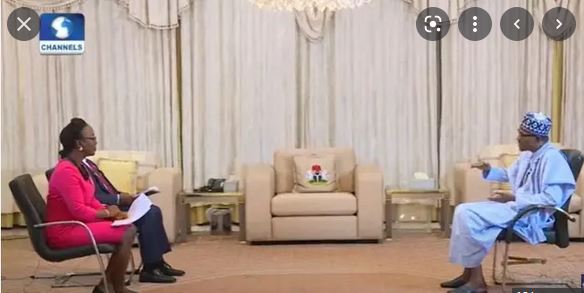 President Muhammadu Buhari has revealed one of his problems with the people of the South-Eastern region of the country.

Buhari, who spoke on pressing national issues on Channels Television on Wednesday, pointed out that the call for the creation of another state from the South-East region had been one of the major problems.

He explained that some leaders from the region approached him and demanded the creation of one more to give the region an equal number of states like the other geographical regions.

But the President had reportedly given them the assignment to check the map and see how many of the existing states would contribute to the new one.

“I have a problem with people from the South-East; they said they wanted another state, as each of the geopolitical zones has six states. I said, go and look at the map and see how many of the existing states will contribute to other states. That was the last I heard from them on the matter,” Buhari said.

After weeks in Hospital, My Son is Stable -Aishat Buhari

2,345 Total Views Shuaib Labaran, the lead counsel to the Nigerian government in the trial of the leader of the Indigenous…

2,507 Total Views The Presidency has said the political elite have become weary of President Muhammadu Buhari’s stay in office because…