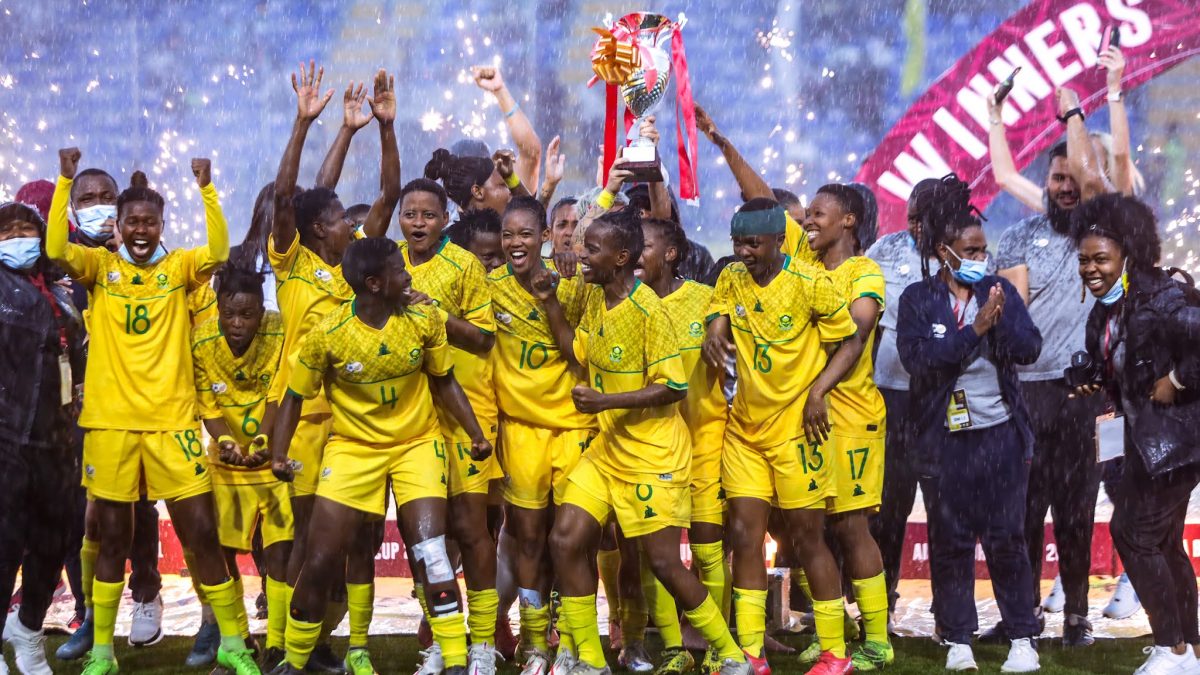 Banyana Banyana of South Africa on Tuesday emerged champions of the maiden edition of the Aisha Buhari Invitational Women’s Tournament after defeating the Super Falcons of Nigeria 4-2 in the final game.

The match, played at the Mobolaji Johnson Arena, Lagos, saw the two top teams in women’s football on the African continent at the moment face off in what was an explosive battle.

On Tuesday, Banyana Banyana were gifted their opening goal in the early stages of the first half courtesy of an own goal by Alozie Chidi in the 5th minute.

It got better for Desiree Ellis’ charges after Linda Motlhalo slotted home from the penalty kick spot in the 17th minute after Ebi Onome handled the ball in the penalty box.

While Nigeria had a goal disallowed midway into the game, Banyana Banyana went on to bag a third goal three minutes before the half-time break, thanks to Gabriel Salgado’s effort.

Vivian Ikechukwu gave the Super Falcons a lifeline after pulling a goal back shortly after the break in the 47th minute.

The striker further reduced the deficit to one goal when she bagged her second goal in the 53rd minute.

While the Super Falcons were unable to add to their tally till the end of the second half, Banyana Banyana were awarded a second penalty kick however.

It was converted by Mamello Makhabane in the 86th minute to seal the win.

The News Agency of Nigeria reports that the six-team invitational tournament, which featured Nigeria, Ghana, Mali, South Africa, Cameroon and Morocco, kicked off on Wednesday and ended on Tuesday. (NAN)

Full details of PMB Speech as he orders closure of LAGOS, ABUJA, OGUN FOR 14 DAYS

Just how to Write-In Calligraphy

1,898 Total Views The Federal Government has set a deadline of December 1 for civil servants to take the COVID-19 vaccine….