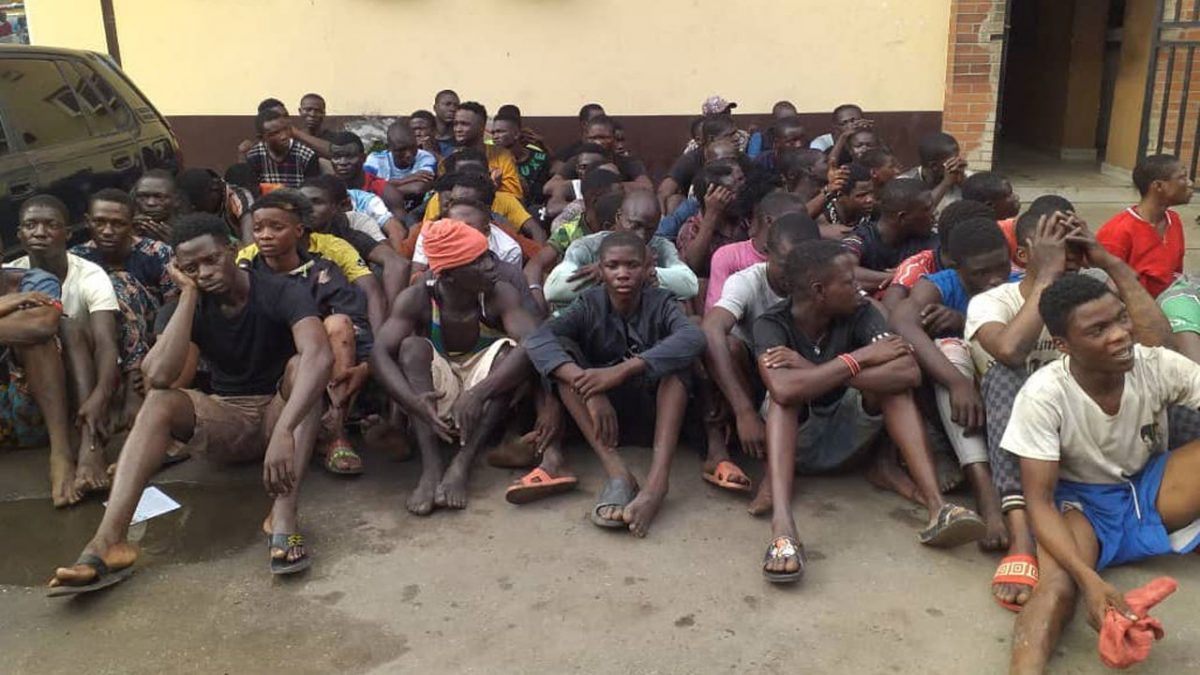 Finally, Lagos State Magistrate Court sitting in Yaba on Monday granted bail to 49 Yoruba Nation agitators arrested and detained by the Lagos State Police Command.
Police paraded them in connection with Oodua Republic mega rally at Ojota. Two women were among them.
Commissioner of Police Hakeem Odumosu said some of them were intercepted with guns, axes, Oodua flags, Yoruba Armed Forces vests, and other items.
A motion for the bail application was filed by human rights lawyers led by Olasupo Ojo and Oladapo Kayode.
“One of the sureties must be a family member and the other a community leader or clergy with proof of tax payment,” it was said.

1,552 Total Views In sharp contrast to the position of the South west and south east Governor on the call Despite…

5,305 Total Views Troops of the Nigerian Army, Airforce and other security agencies have rescued Maj. Christopher Datong, the officer abducted at…