Home > slideshow > VAT: Get a leader that will support restructuring in 2023 – NEF 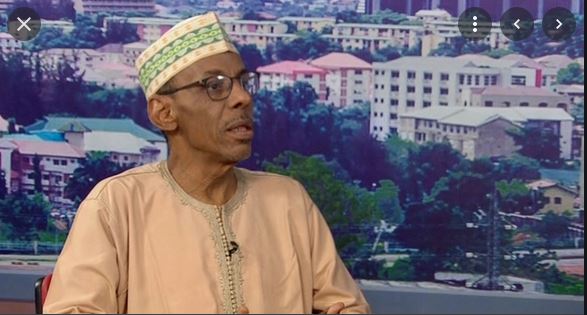 The Northern Elders Forum says the north is a rich region and can survive on its resources without the “billions” accruing to Southern states. NEF Director of Publicity and Advocacy, Dr. Hakeem Baba-Ahmed, made this known on Tuesday when he featured on Arise TV’s ‘The Morning Show’ breakfast program.

He was reacting to the tussle between states and the Federal Government on the collection of Value Added Tax. VAT is a consumption tax paid when goods are purchased and services are rendered. It is charged at a rate of 7.5 per cent.

Although Rivers and Lagos states have started the process of collecting VAT within their territories, the Court of Appeal in a ruling on September 10 stopped the collection pending the determination of an appeal filed by the Federal Inland Revenue Service against the judgment of the Federal High Court sitting in Port Harcourt.

Apart from Lagos and Rivers states, Ogun State has also started the process of passing a bill on VAT in its House of Assembly.

While some northern governors like Aminu Masari (Katsina), Yahaya Bello (Kogi), amongst others, had kicked against the move, the 17 Southern Governors led by Governor of Ondo State, Rotimi Akeredolu (SAN) had unanimously supported the position that “the collection of VAT falls within the powers of the states.”

Speaking on Tuesday during the television programme, Baba-Ahmed said, “I will advise that we wait to hear what the court says. However, even the fact that it has become an issue suggests that we really do need to address the fundamentals and the manner in which the federation works.

“We have always supported restructuring. We have always asked that a major and genuine shift initiative either by groups or the National Assembly so that matters like this be addressed properly.

“If we don’t do that now, then we should get a leader that would do that in 2023. This administration appears not to understand the importance of restructuring; we do in the north, we recognize the fact that we need to change the manner in which we generate wealth and allocate (it).

“The thing about it is: the north wants restructuring; the north wants fiscal federalism. We are a rich region and we can live on what we have, even if we don’t have the billions that accrue to others states. Our poverty is not a kind of problem that we would break this country over.”

According to him, the VAT war is a wake-up call to northern governors who need to recognize the fact that VAT or no VAT, they need to develop their resources and develop the human capital of the north.

The NEF spokesman added, “North, you said you have many people but you are under-developing your own people – the biggest liability of the north is that we have a huge population that is under-developed. You need to develop the human capital that you have.

“We need leaders; the current governors don’t recognize this. Otherwise, they won’t be involved in this argument; allow the court to decide.

“But for goodness’ sake, (they should) begin to think — what else can we do if the court decides now that Rivers State is right, Lagos State is right, and they won’t be getting all these billions coming in from VAT? What happens?” he asked.

Baba-Ahmed said the Northern governors at this stage should not be sleeping, noting that the north is “sitting on wealth, we have massive resources in this country, we have to fight insecurity first, and the Federal Government has to help us, we need to clear the bushes, the forests and all the criminals that are there and we need to go back to farming.

“Agriculture is a major asset; we have land, we have water, we have livestock, we have minerals that are literally begging to be picked from the ground but our governors are too focused on the pittance that they are getting. This is wrong,” he said.

U.S. issues warning message to citizen in and out of Nigeria

4,281 Total Views Netflix will begin blocking subscribers from sharing their account passwords with people outside of their household in the…