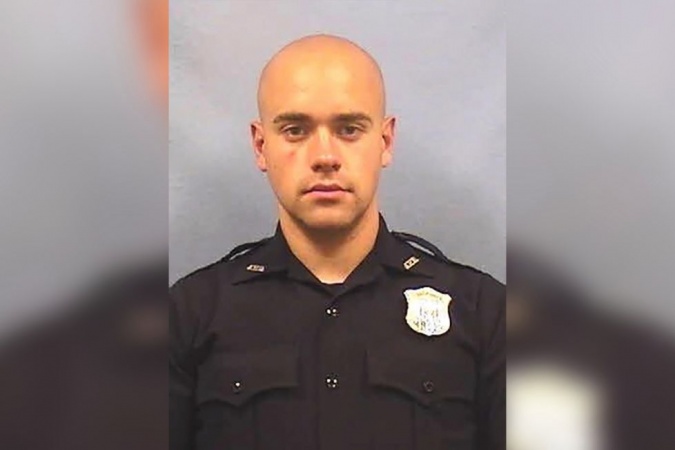 The fatal shooting of a black man by a white police officer, this time in Atlanta, Georgia, poured more fuel Sunday on a raging US debate over racism after another round of street protests and the resignation of the city’s police chief.

A Wendy’s restaurant where 27-year-old Rayshard Brooks was killed was set on fire Saturday and hundreds of people marched to protest the killing.

Recorded on video and surveillance cameras, Brooks’s fatal encounter with police was the latest in a string of incidents that has sparked a wave of nationwide protests over police brutality.

“I do not believe this was a justified use of deadly force,” Bottoms said. The officer who shot Brooks — identified as Garrett Rolfe — was dismissed.

The death drew expressions of outrage, shock and dismay in a country deeply shaken by civil unrest since the May 25 police killing in Minneapolis, Minnesota of George Floyd, an unarmed black man.

James Clyburn, an African American member of Congress from South Carolina, said he was incensed.

“This did not call for lethal force. And I don’t know what’s in the culture that would make this guy do that. It has got to be the culture. It’s got to be the system,” he said, speaking on CNN’s “State of the Union.”

The latest protests come as lawmakers are debating how to reform a judicial system seen by critics as stacked against poor and minority citizens and which has proved stubbornly resistant to change.

Some activists on the left have taken up “defund the police” as a rallying cry, one that US President Donald Trump has jumped on to use as a cudgel against his Democratic rival for the White House, Joe Biden.

Biden, for his part, has tried to distance the party from the defund movement, instead advocating increased funding for community policing.

Ilhan Omar, a Somali-American congresswoman from Minnesota, called that idea “ludicrous” and instead supports dismantling troubled police forces in places like Minneapolis, her hometown, and rebuilding them from the ground up.

“Nobody is going to defund the police,” said Clyburn, the third-ranking Democrat in the House of Representatives.

“The fact of the matter is, the police have a role to play,” he said. “What we have got to do is make sure that their role is one that meets the times, one that responds to these communities that they operate in,” he said.

In Atlanta, authorities pledged a full investigation into Brooks’s death.

The incident began when police responded to a complaint that Brooks was asleep in his car, blocking the drive-in lane at the Wendy’s restaurant.

Brooks allegedly failed a sobriety test administered by police, and when the officers tried to arrest him, a struggle broke out.

Video of the incident circulating on social media showed two white police officers wrestling Brooks to the ground in the parking lot.

One of them attempts to use a Taser on Brooks, but he manages to grab the stun gun and run away, the video images show.

The Georgia Bureau of Investigation, which probes police-involved killings, also released restaurant surveillance video that showed Brooks turn and appear to fire the Taser at the officers.

An officer reaches for his service weapon, and as Brooks turns back “the weapon goes off,” GBI director Vic Reynolds told reporters.

Brooks was taken to the hospital but died after surgery, the GBI said, adding that one officer was injured.

An attorney acting for the dead man’s family said disproportionate force was used in the confrontation.

“In Georgia, a Taser is not a deadly weapon — that’s the law,” L. Chris Stewart told reporters.

“Support came, in I think two minutes. He would have been boxed in and trapped. Why did you have to kill him?”

“(The officer) had other options than shooting a man in the back.”

Brooks had four children, Stewart added, and had celebrated the birthday of his eight-year-old daughter earlier on Friday.

His death is the 48th shooting involving an officer that the GBI has been asked to investigate this year, according to local newspaper the Atlanta Journal-Constitution. Fifteen of those incidents were fatal.  (AFP via Channels TV)

6,100 Total Views Crisis continue to rock the PDP camp in Osun. A fresh spirited effort to resolve the crisis rocking…

7,779 Total Views The National Chairman of the All-Progressives Congress (APC), Adamu Abdullahi has withdrawn from a suit filed against the…