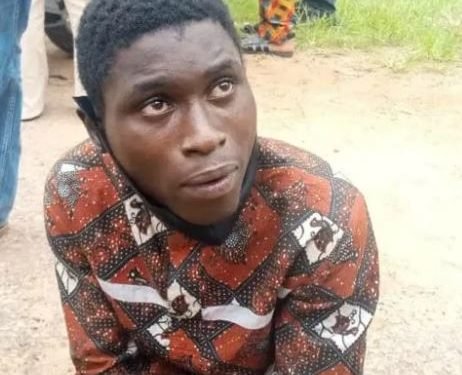 POLICE in Oyo State said on Sunday through the concerted efforts of their tactical teams, as well as credible information and intelligence from the public, have been able to re-arrest the escaped Sunday Shodipe, the suspected serial killer in Akinyele area.

The police said Shodipe, 19, who escaped from Police custody, was re-arrested yesterday at Bodija area of the capital city, where he had been hiding and evading arrest.

The suspect, who was said to have killed about five persons at Akinyele Local Government Area, escaped from Mokola police station on Tuesday, August 11. The escaped had led to protests against the Police.

But, the Commissioner of Police Chucks Enwonwu had assured that everything had been put in place to ensure the re-arrest of the suspect.

Enwonwu had also placed N500,000 bounty on the suspect.

Announcing the re-arrest in a statement by the Police Public Relations Officer (PPRO), Olugbenga Fadeyi, a Superintendent of Police, said the suspect was re-arrested at about 10:30 am and has since been kept in police custody.

Baru To Kachikwu, ”No law Mandates Me to Discuss Contracts With You”

6,679 Total Views The rate of brain drain in Nigeria medical sectors is becoming too alarming as more Nigeria doctors escape…