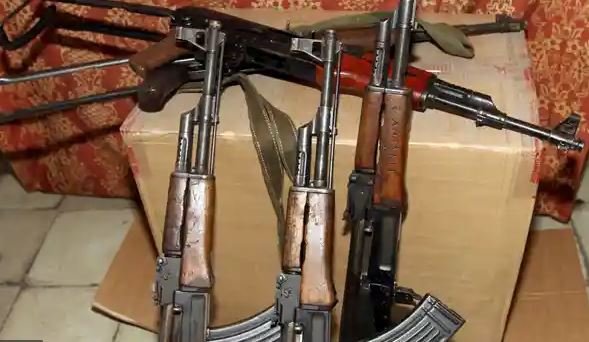 The Arewa Consultative Forum (ACF), has backed the order by President Muhammadu Buhari that anyone carrying AK47 should be shot.

ACF said the security situation requires such extreme measures as AK47, which people carry freely is a dangerous assault rifle anywhere in the world.

National Publicity Secretary of ACF, Emmanuel Yawe, in a telephone interview with The Nation, also condemned the call by some Governors for people to carry AK47, saying such will only lead the country into anarchy.

The ACF spokesman: “Yes, it is illegal, people are not supposed to carry AK47, because AK47 is dangerous assault rifle all over the world.

“I don’t know why it has become so popular in Nigeria. People who carry it do not have good intentions. No government authority even gives license for anyone to carry AK47 in Nigeria.

“Though, only lawyers can interpret the legality of the President’s order. That the President ordered people to be shot without trial is a legal issue but we agree that, there is need for extreme measure to stop the experience of this weapon, which has not help the security of this nation. So, there is need for extreme measures to curb the spread of small arms like AK47.

“Some Governors are even arguing that people should be allowed to carry AK47 and that is not right. They want the country to dissolve into anarchy.

“It is not right for private individuals to carry AK47, which is known all over the world as a very dangerous assault rifle.

“Nigeria is not at war, so why should people carry AK47 freely? Even dane guns, you need a license to own it or even cock and shoot that police use to carry but in Nigeria, people just carry AK47 freely and they kill people and nothing happens to them.

“So, ACF welcomes the President’s order, because there is need for extreme measures to curb those kinds of acts.”

1,835 Total Views THE University of Abuja Teaching Hospital (UATH) has vindicated itself of alleged complicity in the death of a…

1,124 Total Views Banyana Banyana of South Africa on Tuesday emerged champions of the maiden edition of the Aisha Buhari Invitational…