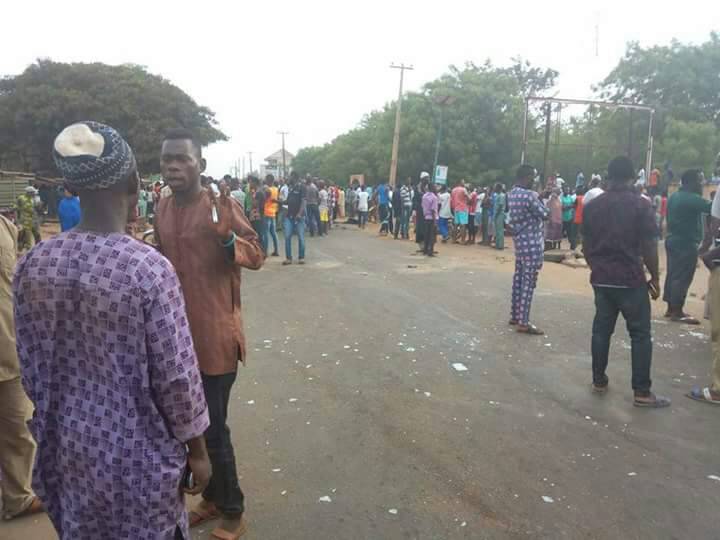 One person was feared killed in a renewed clash between Offa and Erin-Ile communities in Offa and Oyun local governments of Kwara State.

It was gathered that the hostilities between members of transport unions in the two councils, which began on Wednesday, escalated yesterday.

Unconfirmed source said about five persons died in the clash.

There was a report of gunshots and use of weapons during the fracas. The Federal Road Safety Corps (FRSC) office in the area was reportedly set ablaze by hoodlums.

It was also gathered that the crisis was between members of the National Union of Road Transport Workers (NURTW) and the Road Transport Employers Association of Nigeria (RTEAN) over a space of land earlier declared as unity land between Offa and Erin-Ile communities.

Sources said the government had disallowed transporters from using the land as a motor park over previous crises, which reportedly resulted in communal clashes in the past.

It was gathered that the recent crisis was caused by members of the transport unions when they planned to operate a motor park on the land, resulting in attacks.

The state government has imposed curfew on the two towns.

In a statement, Governor Abdulrahman AbdulRazaq’s spokesman Rafiu Ajakaye said the curfew would be in force between 6pm and 8am until further notice.

2,560 Total Views Some angry youths in Kano State, on Monday, hauled stones at the advance convoy of the President, Major…

1,984 Total Views The President Muhammadu Buhari and the House of Representatives are on collision course over the deadline for the withdrawal of…