Home > slideshow > Sex Allegation: Apostle Suleman to critics, I am not discouraged, I remain focus 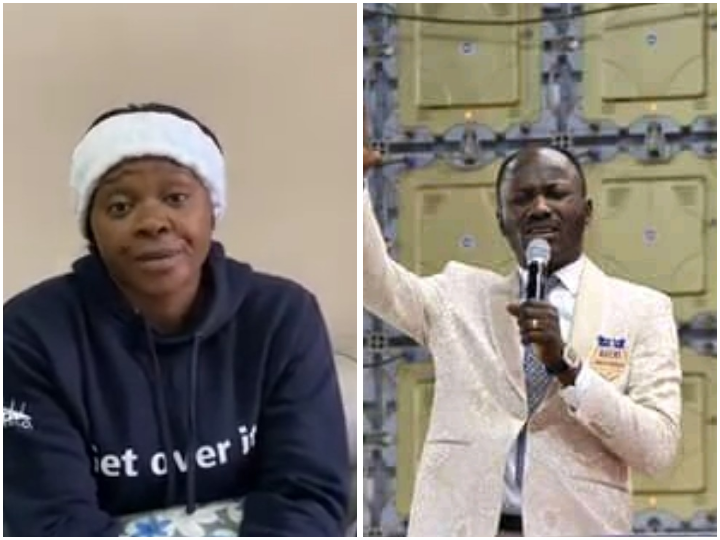 Sex Allegation: Apostle Suleman to critics, I am not discouraged, I remain focus

General Overseer of Omega Fire Ministry (OFM), Apostle Johnson Suleman, has reacted to an allegation by Nollywood actress Chioma Ifemeludike that they had an affair.

He said that he is not angry with those attacking him on social media over the allegation.

Chioma Ifemeludike had alleged that she slept with the popular preacher for money and the memory has continued to torment her.

But Apostle Suleman, in a video yesterday, told his congregation and followers he was not bothered by the allegation.

“Why are you encouraging a man that is not discouraged? I’m upset since yesterday. I saw messages saying that I should not worry.

“Read my countenance, when you see me moody you can encourage me. Do I look like somebody who needs encouragement? I’m not discouraged at all and I’m not angry at those insulting me on social media,” he said.

Suleman said he remained focused on his God-given assignment, stating his abusers were only reacting to what they read online.

You can’t know me and not like me, it’s impossible. Keep doing what you are doing and I’ll keep doing what I’m doing. I must do the work of he that sent me.”

4,322 Total Views Netflix will begin blocking subscribers from sharing their account passwords with people outside of their household in the…