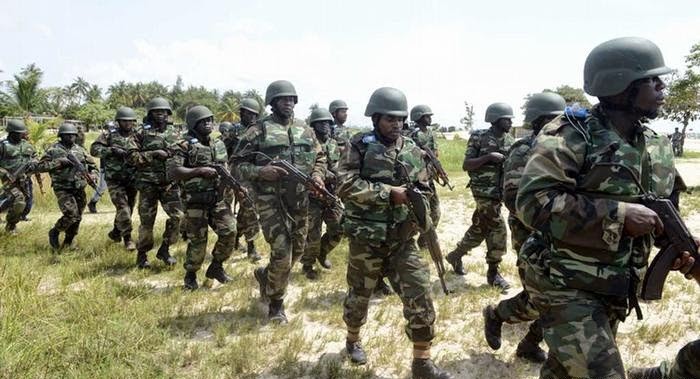 The Senate, on Wednesday, asked security agencies in the country to deploy drones and helicopters in forests and other ungoverned spaces to identify illegal camps of armed bandits and crush the criminals.

Senate President, Ahmad Lawan, made this known during plenary while reading the resolution of the upper chamber regarding the insecurity situation in the country.

The Senate also asked state governors to implement the National Livestock Transformation Plan in order to prevent farmer-herder conflicts in the country.

The South-West region especially has been in the eye of the storm of late over the activities of killer herdsmen who rape, kidnap and destroy farmlands with their cattle.

At the plenary, the Senators observed a minute silence in honour of all victims of insurgency, banditry, herdsmen-farmers clashes, and other security challenges.

The Senate, therefore, resolved as follows:

“Urge the Commander-in-Chief of Armed Forces, President Muhammadu Buhari, GCFR to direct the National Security Adviser and the Newly nominated Service Chiefs and the Inspector-General of Police to device a proposal to rejig the nation’s security architecture and disposition of forces for more effective countermeasures against the current security challenges particularly in the rural areas;

“Urge the State Governors to implement the National Livestock Transformation Plan which is a modern scheme designed to eliminate transhumance in order to prevent farmer-herder conflicts and activate highly productive livestock sector in Nigeria;

“Urge the Security Agencies to actively deploy drones and helicopters to monitor forests and ungoverned areas in Nigeria, to identify illegal camps of armed bandits;

“Urge the Federal Government to adequately equip the Nigeria Immigration Service and the Nigerian Customs Service to police and monitor our borders using technology to check illegal immigrants and checkmate smuggling of firearms and light weapon;

“Urge the Federal Government to resuscitate and inaugurate the National Task Force Commission to combat the proliferation of Light Weapons, Small Arms and Ammunition; and

“Urge the Federal Government to review the ECOWAS Protocol of free movement to checkmate the infiltration of criminal elements into Nigeria.”

1,500 Total Views The Inspector-General of Police (IGP) Usman Baba has appointed Deputy Commissioner of Police (DCP) Tunji Disu as the…