Home > slideshow > Sanwo-Olu is doing a good job well, no plan to compete for Governor seat for now – Gbajabiamila 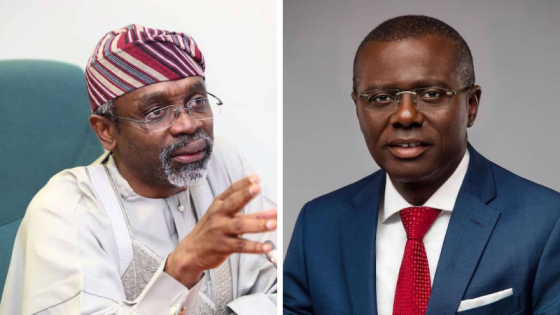 Sanwo-Olu is doing a good job well, no plan to compete for Governor seat for now – Gbajabiamila

This was just as the Speaker representing Surulere 1 Federal Constituency in the green chamber of the National Assembly dismissed his rumored ambition to contest for the Lagos’ governorship seat in 2023, saying he had “no immediate plan” to contest the seat as the task before him as Number 4 citizen in the country was enormous and tough enough for him to be distracted by the rumor.

Gbajabiamila threw this support on Tuesday in an interview aired on Channels TV, saying Sanwo-Olu had been doing a good job in governing Lagos, notwithstanding the difficult times he had faced in the last two years, stressing that he must not be distracted on the assignment.

Besides, the lawmaker clarified that the fact that the state once had a one-term governor at one time, in person of Mr. Akinwunmi Ambode, doesn’t mean it is going to be the same forever.

Ambode was the immediate past governor, who handed over to the incumbent, Mr Sanwo-Olu, on May 29, 2019.

“The present governor of Lagos State (Sanwo-Olu) is doing a good job. The fact that we had a one-term Governor at one time doesn’t mean it is going to be the same forever.

4,503 Total Views A fresh crisis has engulfed the National Association of Nigerian Students (NANS) as top officials of the students’…

4,066 Total Views The crisis rocking the All-Progressives Congress (APC) in Ogun State got messier at the weekend as the state…