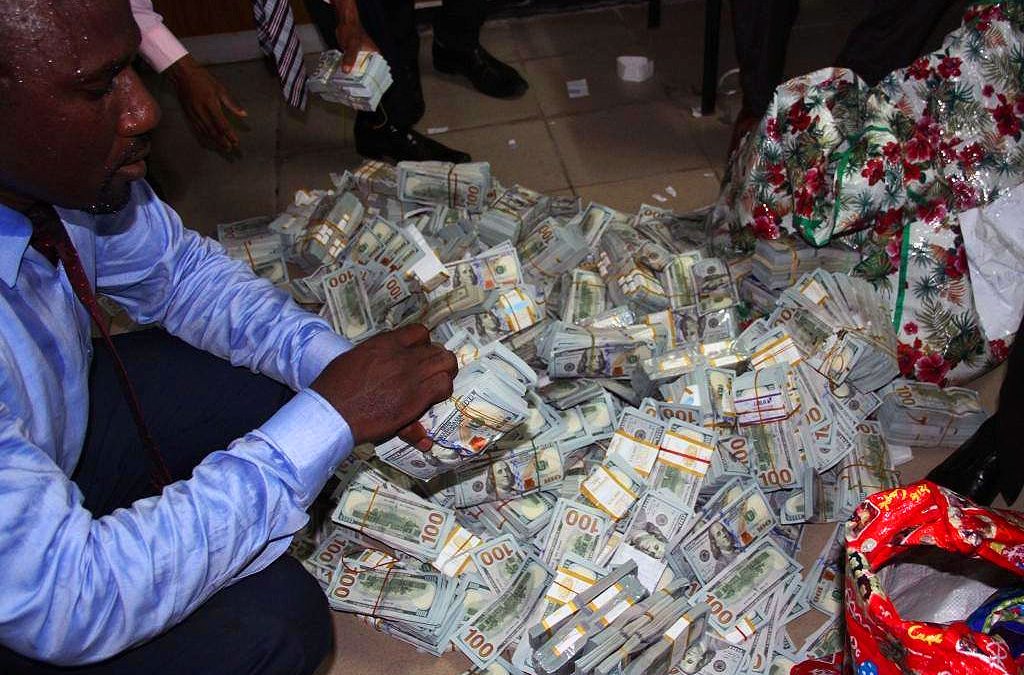 A highly-placed source, who spoke in confidence, said: “Upon interception of the $43, 449, 947, 000, it was deposited with the CBN and receipted pending a forfeiture order by the Federal High Court. The CBN has a Recovered Funds Account.

“There was no diversion whatsoever. The cash was with the CBN until it was eventually forfeited.

“The House of Representatives should not embark on a wild goose chase. Every movement of the cash was documented.

“From records, about $286million was released to NIA out of which the $43.4million was intercepted in the affected flat.

The source added: “The $1, 658, 000  Flat 7B, No. 16 Osborne Road, Osborne Towers, where the cash was kept has also been forfeited to the Federal Government. Nothing has been done with it.

“I think NIA designed it as a safe house for strategic activities.”

The Director of Finance and Admin in the Office of the National Security Adviser, told the House Adhoc committee that ONSA had nothing to do with the money.

He explained that money recovered from the NIA was about $41 million which has been returned to the agency on the directive of President Muhammadu Buhari.

He said “The operation that was carried out at Osborne Towers Ikoyi Lagos was planned and executed by EFCC operatives. ONSA was neither part of the team that recovered the funds nor were the funds handed over to ONSA at any point of the recovery.

“However, for the avoidance of doubt, there were issues of funds belonging to an intelligence outfit that was taken out of the abode and was later returned to the outfit on the directive of Mr. President. Evidence of the deposit of the fund is hereby attached.

“We kept that money and after the investigation, the President ordered that the money be returned to the agency. We have returned it to the owners as directed by the President”.

When asked of the status of the cash, a top official of the CBN disclosed that the apex bank as banker to the government would not divulge the status of any fund to a “third party”.

According to the official, only a court order or a parliamentary request could compel the CBN to disclose the status of such funds.

The CBN he said will maintain a bank-customer confidentiality agreement between it and the government it serves.

APC Victory in Kwara could be shortlived, Gbemisola Saraki warn

1,458 Total Views Minister of State for Labour and Employment Festus Keyamo (SAN) in a statement last night on the minority…