Home > slideshow > PDP Crisis: It’s on the Side of Wike not mine – Atiku 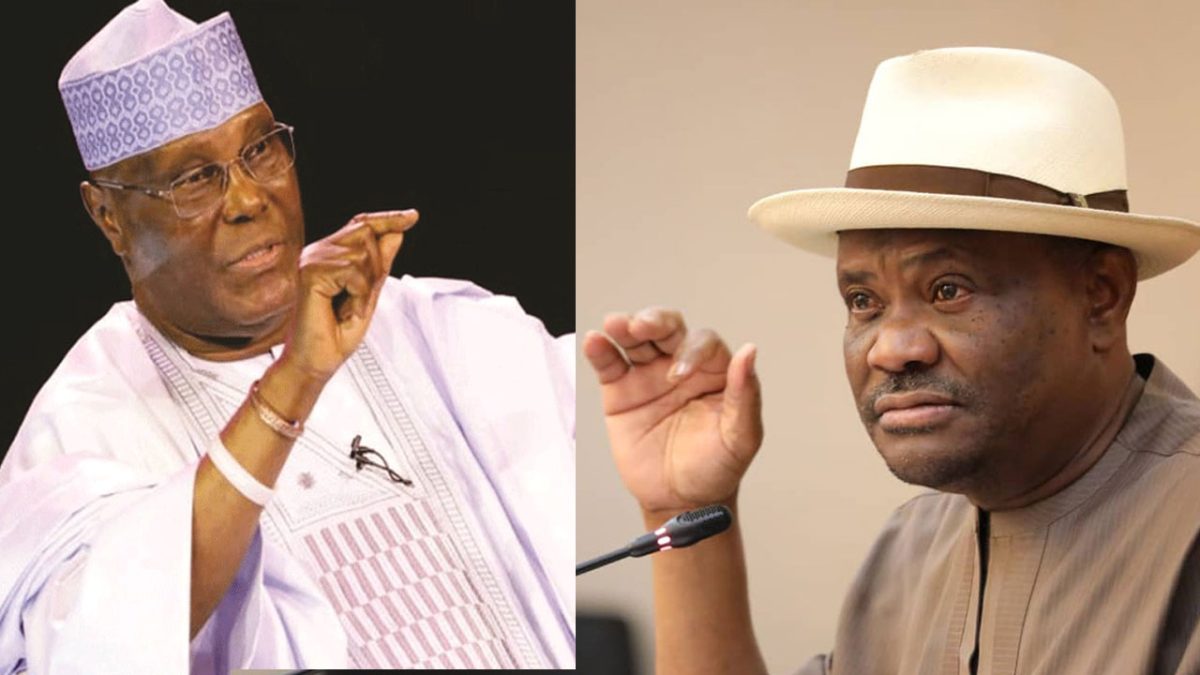 PDP Crisis: It’s on the Side of Wike not mine – Atiku

The presidential candidate of the Peoples Democratic Party (PDP), Atiku Abubakar, on Sunday said having met Governor Nyesom Wike of Rivers State, several times, he is now waiting to hear from him concerning the way forward in the ongoing crisis in the party.

The former Vice President and his running mate, Governor Ifeanyi Okowa, fielded questions at live television Town Hall organised by Channels Television and monitored by the Nigerian Tribune in Abuja.

Asked why he has been unable to meet with the leader of the G5 governors despite his wealth of experience,  he said: “I have met Wike two times in Port Harcourt, two times in Abuja, one time in London personally. It’s not on my part. It’s on the other side. I’m waiting for him.”

Atiku revealed that he drafted the policy that led to the setting up of the Amnesty Programme that ended militancy in the Niger Delta.

He said he had commissioned some experts in 2007 to help him find solutions to the problem when he wanted to run for the presidency.

3,442 Total Views Netflix will begin blocking subscribers from sharing their account passwords with people outside of their household in the…