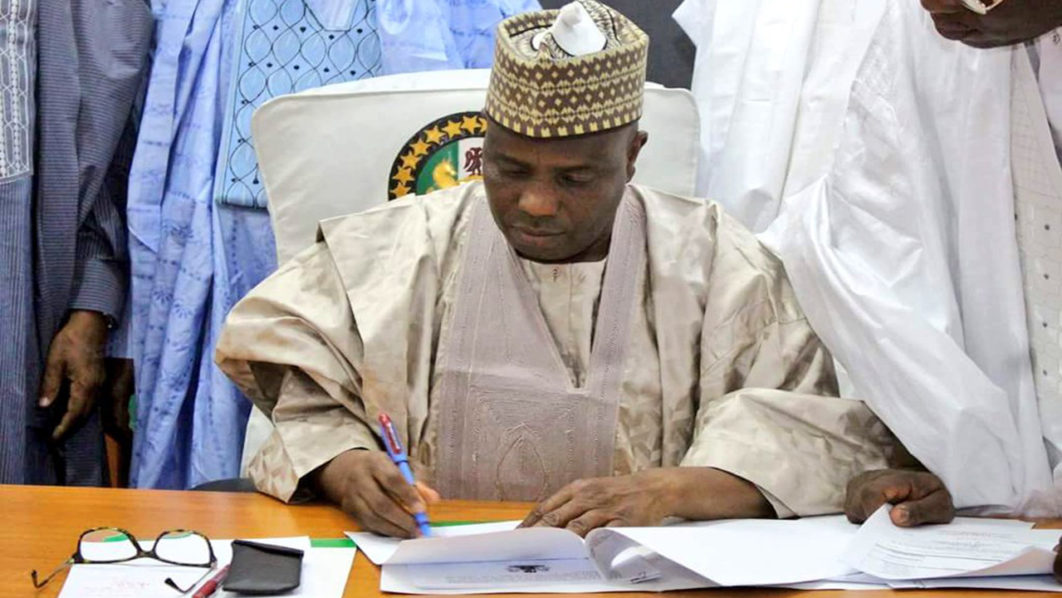 Following the renewed crisis in the People’s Democratic Party (PDP) in the wake of the resignation of seven national officers on Tuesday, governors elected under the party have called for calm, warning those they called detractors to stay off the party.

This was contained in a statement issued by the Chairman of the PDP Governors Forum (PDP-GF) and Sokoto State governor, Aminu Tambuwal, on Tuesday which stated that the governors have now summoned an emergency meeting to discuss the new rumblings in the party.

The statement said the governors regretted the latest development as they called on stakeholders to sheathe their swords for the sake of the PDP, describing the party as the only hope for Nigerians in the face of failure by the All-Progressive Congress (APC).

According to the statement: “The PDP Governors’ Forum has received with regrets and sadness the recent rumblings in the PDP.

“The governors hereby call on all members of the party and indeed all stakeholders to remain calm in the face of the developments.

“We plead with all aggrieved persons and those with the interest of the PDP at heart to keep their gun powder dry, as efforts are being made in consultation with members of the PDP Board of Trustees and other stakeholders to resolve all contending issues.

“To this end, the PDP Governors’ Forum has scheduled an emergency meeting to discuss the affairs of the party and the way forward.

“The PDP as the only remaining hope of the nation for good governance must show an example to Nigerians and also take advantage of the current disarray in the APC and its rudderless government.”

Oborududu defeated in finals, settles for silver at Tokyo Olympics

1,321 Total Views THE University of Abuja Teaching Hospital (UATH) has vindicated itself of alleged complicity in the death of a…