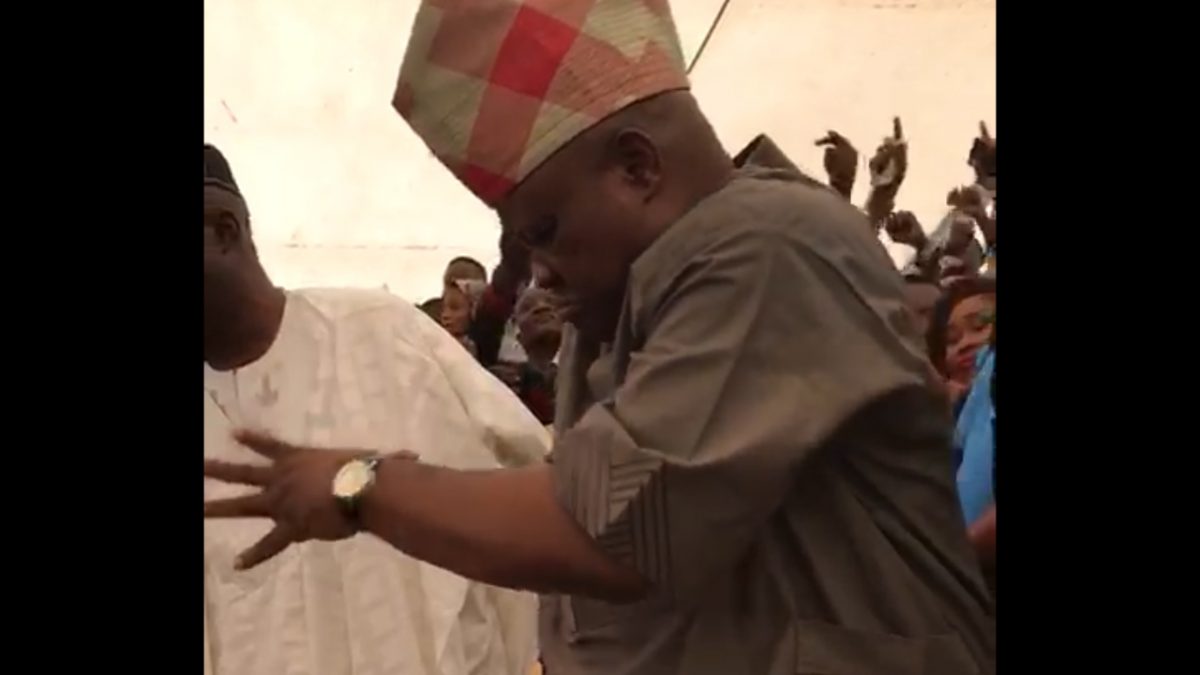 A Federal High Court in Abuja has discharged and acquitted former governorship candidate of the Peoples Democratic Party (PDP) in Osun State, Senator Ademola Adeleke in the alleged examination malpractices trial involving him and four others.

Justice Inyang Ekwo, in a ruling on Friday, said he was minded to discharge and acquit Adeleke in view of the prosecution’s decision to withdraw charges against the politician after it (prosecution) called four witnesses.

Justice Ekwo relied on Section 108(3) of the Administration of Criminal Justice Act (ACJA) in making the order acquitting Adeleke.

Section 108(3) of the ACJA states: “In any trial before a court in which the prosecutor withdraws in respect of the prosecution of an offence before the defendant is called upon to make his defence, the court may, in its discretion, order the defendant to be acquitted if it is satisfied, on the merits of the case, that the order is a proper one, and when an order of acquittal is made, the court shall endorse its reasons for making the order on the record. ”

Adeleke was arraigned in late 2018 along with Sikiru Adeleke (who is said to be the senator’s relative), Alhaji Aregbesola Mufutau (the school principal), Gbadamosi Thomas Ojo (a school registrar) and Dare Samuel Olutope (a teacher).

Ademola and Sikiru were accused, in a four-count charge, of fraudulently, through personation, registering as students of Ojo-Aro Community Grammar School, Ojo-Aro, Osun State to enable them to sit for the National Examinations Council (NECO) examination of June/July 2017.

The other three defendants were accused of aiding the commission of the alleged offence in the charge filed in the name of the Inspector General of Police (IGP).

The prosecution amended the charge in December 2018 and raised the counts on the charge to seven, following which the defendants were re-arraigned on the amended charge on December 16, 2018.

The court on May 6, 2019, granted Adeleke’s permission to travel to the United States of America(USA) on grounds of ill-health.

Since then, Adeleke has not returned for the trial to continue, even though the prosecution has called four witnesses so far.

On Thursday, prosecution lawyer, Simon Lough argued an application in which he sought to sever the charge to exclude Adeleke from the trial in view of his continued absence.

Lough was of the opinion that the only way to prevent further delay in the case was to continue with the trial of the other available four defendants, since Adeleke has stayed away from the country, claiming to be sick and attending to his health in the US.

Lawyer to Adeleke, Alex Izinyon (SAN) and other defence lawyers in the case did not object to the prosecution’s decision to amend the charge.

They, however, disagreed with the prosecution on the appropriate order to be made; whether Adeleke should be simply discharged, based on the withdrawal of the charge against him, or whether he should be discharged and acquitted.

In a ruling on Friday, Justice Ekwo held that although the prosecution, by its application, sought to sever the charge, he will take its (prosecution’s) intention to mean withdrawal of the case against Adeleke.

The judge said his decision was informed by the fact that no law allows the prosecution to sever a charge, but to withdraw against a defendant and to amended at any time before judgment.

He noted that Section 108 of the Administration of Criminal ACT (ACJA) allows the prosecution to undertake a withdrawal of charges, while Section 246 of the Act deals with amendment of the charge

Justice Ekwo said: “The law is that the prosecution can amend the charge at any time a before judgment. There would have been nothing wrong if the prosecution had simply applied to withdraw against the first defendant (Adeleke).

“I am seeing this application (the one argued on Thursday by the prosecution lawyer) as one that simply seeks to withdraw, and I so hold.

“The consequential order to be made upon the withdrawal of a charge is at the discretion of the court under Section 108(3) of the ACJA,” the judge said.

The judge then made an order allowing the prosecution’s withdrawal of the charge against Adeleke and proceeded to make order acquitting the first defendant (Adeleke).

He adjourned till June 25 for the continuation of the trial in relation to the other defendants – Sikiru Adeleke, Alhaji Aregbesola Mufutau, Gbadamosi Thomas Ojo and Dare Samuel Olutope.

Law experts said by the order of acquittal made by the court, the prosecution can no longer arrest and prosecute Adeleke on the same charge whenever he returns to the country.

6,654 Total Views The rate of brain drain in Nigeria medical sectors is becoming too alarming as more Nigeria doctors escape…