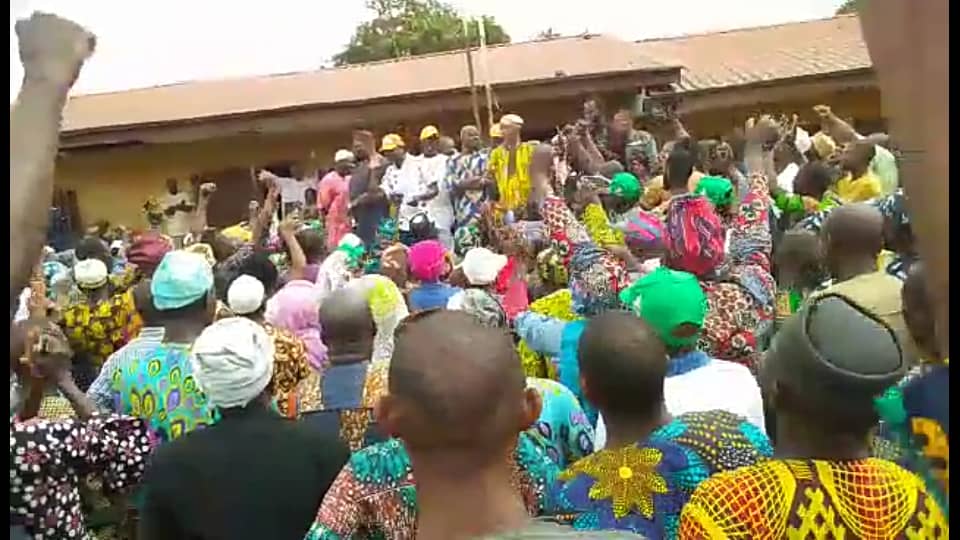 However, on Saturday 4th of September, 2021, after the Stakeholders had submitted names to fill the positions given to each community, congress was conducted at the open ground of Luther Kings College, Ileogbo where the names of the consensus  APC Ayedire Local Govt. Exco members were read to the hearing of all the party faithful by the Chairman, Ayedire Local Govt., Engr. Adejare Adigun in the presence of Independent National Electoral Commission officials, The Nigerial Police Force, the DSS, the Civil defence and the Vigilantes. Shortly after the names of the Executive members were read, the sound of drums of different kinds rented the air as the successful executives’ members were in joyous mood.

4,467 Total Views Some angry youths in Kano State, on Monday, hauled stones at the advance convoy of the President, Major…

3,891 Total Views The President Muhammadu Buhari and the House of Representatives are on collision course over the deadline for the withdrawal of…