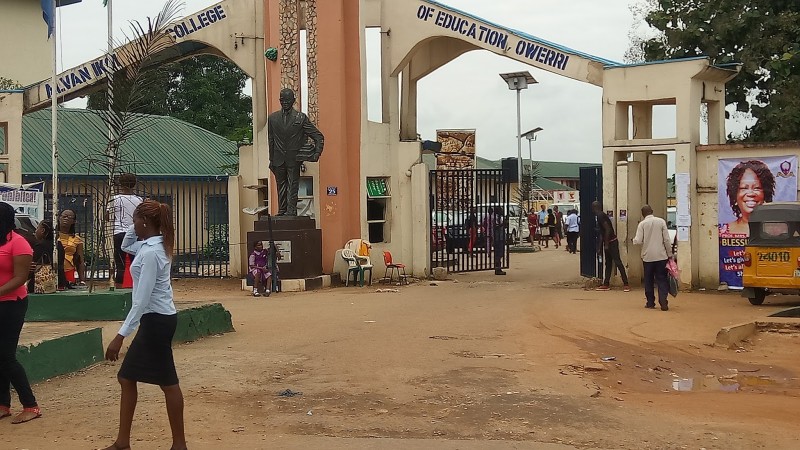 The authorities of the University of Lagos (UNILAG) Akoka have ruled out the possibility of conducting physical classroom lectures and examinations for students at this present time.

The university said students would continue to have both their lectures and the tests as applicable online till it is safe to gather them on campus.

The Deputy Vice-Chancellor of the university (Academic and Research), Prof Oluwole Familoni, made this disclosure in an exclusive interview with Nigerian Tribune on Monday.

He said, that some students complained of having issues concerning their online learning and tests is not enough to rubbish the system.

According to him, the school has about 35,000 students doing about 1,200 courses, across about 78 departments to attend to, all almost at the same time and so compliance is inevitable as we don’t claim to have a perfect system.

He explained that most of the problems on the e-platforms are even traceable to students in terms of poor internet networks and digital devices, among other factors at their end and yet people will blame the school for that.

He noted that even at that, the school is attending to complaints by reviewing them as they come in, on weekly basis through the dean of the students’ affairs and complaints that are genuine are being attended to.

Giving an instance, he said the school had actually rescheduled a particular test with a large class when discovered the problem was from the school, this happened few weeks back and was resolved by reducing the number of students and organise them in batches.

Another instance according to him was during the last post-Unified Tertiary Matriculation Examination (Post-UTME) screening where the school recorded about 1, 156 complaints out of almost 22,000 students who sat for the aptitude test.

“And when we reviewed the various complaints, we found out that only about 225 of them were genuine and we rescheduled their test for another day.

“So, even though UNILAG is not claiming to have a perfect system as I had said, we are improving on our service on daily basis,” he stressed.

He said the students would only need to key into the new learning management system, as that is the safer practice for now to prevent the spread of COVID-19 in the university.

He disclosed that the management would meet on Tuesday to review the system including fresh complaints with a view to attending to them.

4,405 Total Views Breaking from a century-old tradition in the name of health and safety, the largest convention organization in the…