Home > Special Report > NYSC Certificate: My victory is for all Nigerians home and abroad violation 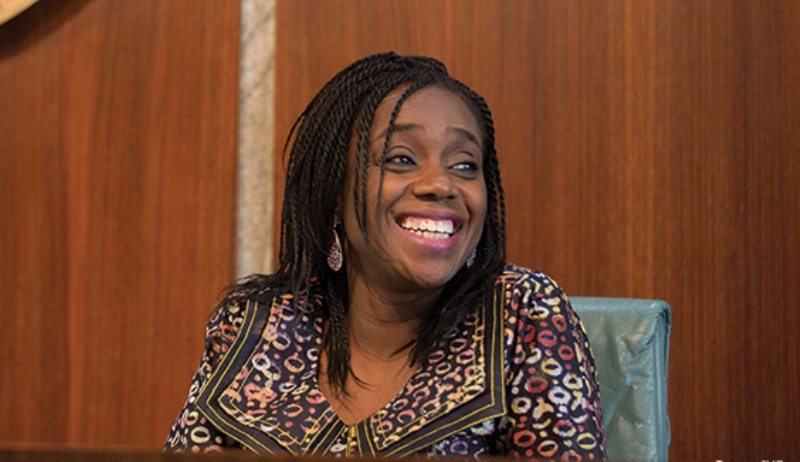 A Federal High Court in Abuja on Wednesday held that presentation of the National Youths Service Corps (NYSC) certificate was not a condition for being appointed a minister or elected into a public office.

It made the clarification while delivering judgment in a suit filed by Senior Advocate of Nigeria Wole Olanipekun on behalf of former Finance Minister Kemi Adeosun.

The case marked FHC/ABJ/CS/303/2021 had the Attorney-General of the Federation (AGF) as the sole defendant.

Justice Taiwo Taiwo, who delivered the verdict, held that Adeosun did not need the National Youth Service Scheme (NYSC) discharge certificate to take up ministerial appointment.

The judge stressed that she was not qualified to have participated in the scheme when she graduated as a Briton from a London university at 22.

Justice Taiwo further held that, as at when Adeosun formally returned to Nigeria, and became a Nigerian citizen, at over 30 years, she was no longer eligible to present herself for the NYSC scheme.

The judge noted that the plaintiff was not supposed to present herself for the NYSC scheme because, under the 1979 Constitution, which was in force at the time of her graduation, she was not a Nigerian.

Justice Taiwo also held that since the 1979 Constitution, which was in force at the time she graduated did not recognize dual citizenship, she could not have engaged in the NYSC scheme as a British.

He added that since the extant constitution did not require the plaintiff to present an NYSC discharge certificate to be appointed a minister, her ministerial appointment was not illegal, neither was it unconstitutional, even without presenting the NYSC certificate.

Justice Taiwo, who observed that. Adeosun graduated from the University of East London in 1989 at the age of 22, held that participation in the NYSC scheme and the possession of discharge the certificate were not yardsticks for qualification for appointment as a minister or to stand election as a member of the House of Representatives.

“The plaintiff has proved her entitlement to all the reliefs sought,” the judge said and proceeded to grant the four reliefs sought in her favour.

Among the reliefs sought by the former is “a declaration that the plaintiff, being a United Kingdom citizen as at 1989 when she graduated from the University of East London, London, United Kingdom at the age of 22 years, was ineligible to participate in the National Youth Service Corps scheme, established by the National Youth Service Corps Act, CAP N8, LFN, 2004.” The minister said after the judgment that she had been vindicated.

She admitted having a traumatic spell on the certificate forgery allegation against her.

She said the judgment of Justice Taiwo Taiwo was not only a personal victory for her, but for all Nigerians in the Diaspora.

She promised to take further steps at the appropriate time to protect her reputation.

In a statement, she said: “My lawyers have informed me of the judgment by the Federal High Court, Abuja, in the case of Folakemi Adeosun v The Attorney General of the Federation (FHC/ABJ/CS/303/2021) in which the court, presided over by Honourable Justice Taiwo Taiwo, ruled that the constitution does not require me to present my first-degree certificate or any other certificate, including the NYSC certificate, to be appointed a minister.

“More importantly, he also ruled that I was not eligible to perform NYSC by virtue of the constitution. This is the position I have always maintained and I am happy for this official clarification.

“The ruling vindicates me after a very traumatic spell. It is, however, not only a personal victory; it’s also a victory for many Nigerians in the Diaspora under similar conditions who are desirous to serve their country.

“I wish to thank God, my family, friends, my counsel, Chief Wole Olanipekun (SAN), and numerous well-wishers for their love, care and concern throughout this difficult period, which has lasted three whole years.

“I wish to add in the light of the court’s ruling, I will at the appropriate time and without hesitation, take all further steps necessary within the law to protect my reputation. I thank you all.”

3,996 Total Views Some angry youths in Kano State, on Monday, hauled stones at the advance convoy of the President, Major…

3,420 Total Views The President Muhammadu Buhari and the House of Representatives are on collision course over the deadline for the withdrawal of…