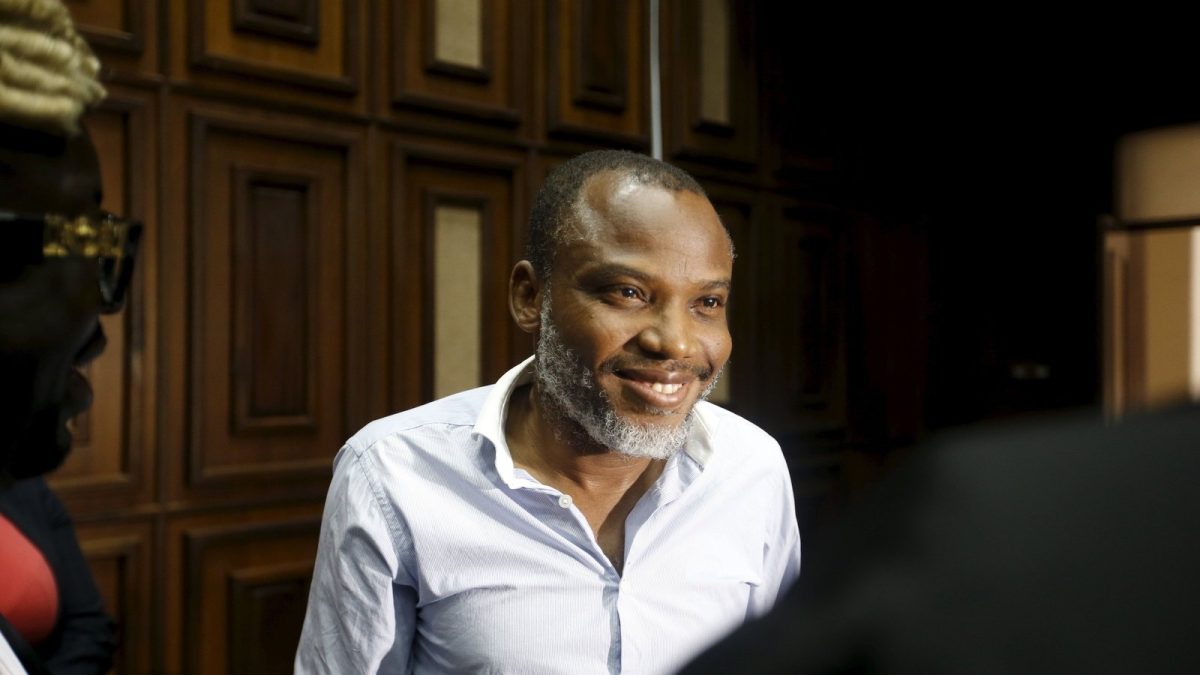 The Federal High Court in Abuja has adjourned the trial of the leader of the Indigenous People of Biafra, Nnamdi Kanu, to Wednesday.

The case was adjourned by the court to enable Kanu to take his plea on the new counts in the charge.

The court also directed Kanu to meet with his lawyers inside the court room for some minutes before going into the custody of the Department of State Services.

Ifeanyi Ejiofor, lead counsel for Kanu, had unveiled Chief Mike Ozekhome (SAN) as the leader of the defence counsel.

Kanu had appeared before Justice Binta Nyako to answer to the 15-count charge levelled against him by the Nigerian government.

The IPOB leader had arrived at the court by 7am amidst heightened security.

It had been reported that security agents were asking for clearance before they allowed journalists and other lawyers to move closer to the court premises.

There were report that some supporters of Kanu engaged in a physical battle with members of security operatives at the Federal High Court in Abuja on Tuesday.

4,484 Total Views It was heartbreak yet again for Liverpool, as they failed to win the title by a solitary point,…

4,565 Total Views Women presenters and reporters on TV channels in Afghanistan went on air with their faces covered on Sunday,…