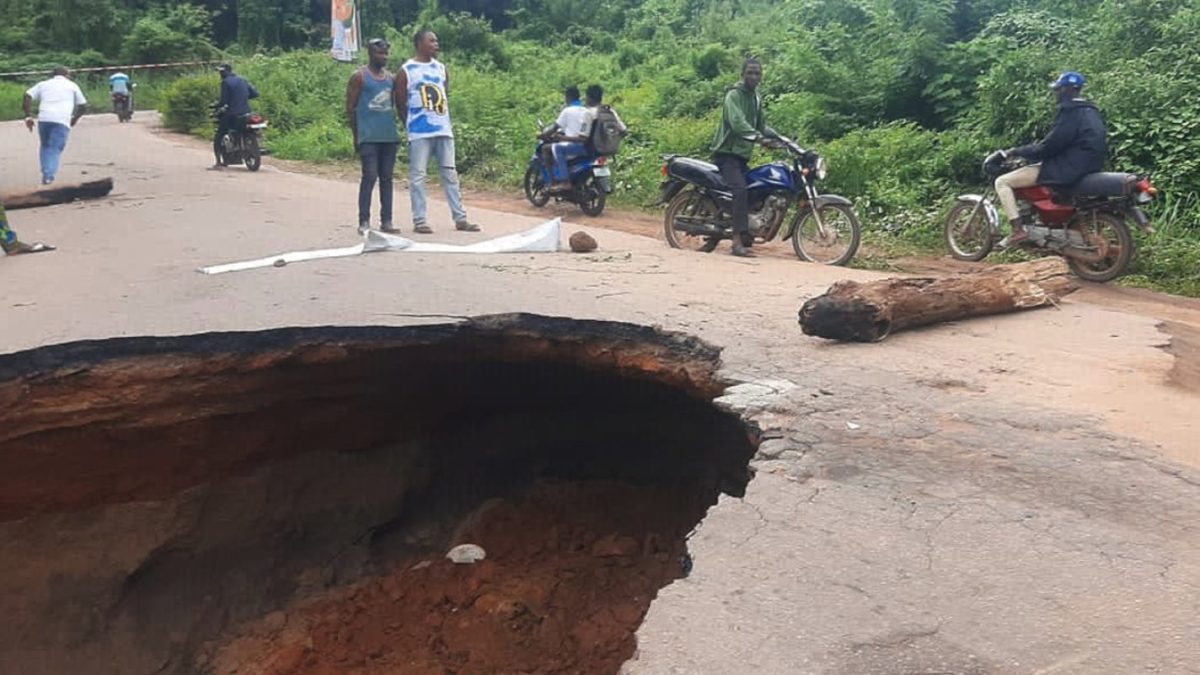 Motorists and commuters were stranded for hours yesterday, following the collapse of a bridge linking Ilawe-Ekiti to Ado-Ekiti in Southwest Local Government of Ekiti State.

The Ado-Ilawe road, which had served as alternative access route to commuters due to the deplorable condition of Akure/Ado Road, collapsed on Tuesday evening following a downpour.

The situation caused a major challenge to motorists and commuters, particularly farmers, who ply the route on a daily basis and cut off communities such as Ilawe-Ekiti, Igbara Odo and Ogotun-Ekiti from other part of the state.

Commuters coming into Ilawe-Ekiti from Ado-Ekiti and those travelling out of the ancient community were trapped with their vehicles stagnant as a result of the incident.

The situation, which forced some of the travellers to resort to trekking with their luggage to cross to the end of the bridge, was still the same as at yesterday afternoon.

Vehicles and motorcycles coming from Akure and travelling along the road are now being made to follow Ilawe-Igede en route to Iyin to Ado-Ekiti.

A resident of the community, Alhaji Bello Saka, described the situation as horrific and pathetic, noting that the commuters were subjected to harrowing experience.

He accused the Federal Government of abandoning federal roads in Ekiti State, saying it frustrated the funds secured by the state government from the African Development Bank (AfDB) to build federal roads.

The Alawe of Ilawe-Ekiti, Oba Ajibade Alabi, called on the Federal Ministry of Works, Federal Road Maintenance Agency and Ekiti State Government to assist the people.

Joseph, who made the announcement yesterday, said the development made it impossible for motorists to pass through the collapsed bridge.

4,227 Total Views Netflix will begin blocking subscribers from sharing their account passwords with people outside of their household in the…