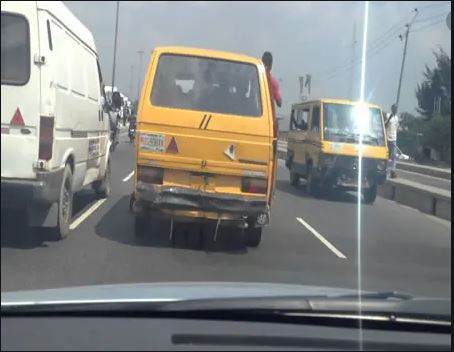 Following activities of some motorists in Lagos State who are fond of taking one way and thereby causing traffic gridlock, the state government on Monday formed a new outfit called Anti One Way and Other Traffic Offences Squad.

For some time, the state government has expressed worries over activities of motorists, especially commercial vehicle drivers, who are in the habit of driving against traffic and driving on the BRT corridors, causing massive gridlocks and, in some cases, accidents.

The state government also expressed worries over the activities of commercial motorcycles who not only take one way, but have also started plying restricted routes.

However, in a statement by the state government on Monday, the new outfit has the responsibility to arrest and impound vehicles plying one way, BRT lanes and also motorcyclists operating in restricted areas.

In fact, on Monday, some motorcycles which were found to have violated the restriction order were impounded by the new outfit in Ojota, Ikeja and Maryland areas of the state.

According to the statement by the state government: “Motorists driving against traffic in Lagos will now face stringent penalty as the Lagos State government, on Monday, launched a special security team to checkmate one-way driving and other traffic offences.

“The new operation, code-named “Anti-One way and Other Traffic Offences Squad,” was raised by the Commissioner of Police, Mr. Hakeem Odumosu, at the instance of Governor Babajide Sanwo-Olu with the specific mandate to arrest and impound vehicles plying one way, BRT lanes and also motorcyclists operating in restricted areas.

he outfit, being led by the Commander of policemen in Governor’s Monitoring Team (GMT), Shola Jejeloye, will complement activities of the existing Lagos State Environmental Sanitation Enforcement Agency (Task Force) being led by Yinka Egbeyemi, a Chief Superintendent of Police (CSP).

“In the first enforcement of the outfit on Monday, the team combed Ikeja, Ojota and Maryland axes, arresting Okada riders who defied the state’s traffic restriction order.

“The team also bust a residential area in Ikeja harbouring Okada riders that are flouting the state’s Transport Sector Reform Law of 2018, taking away various motorcycles from the building.

“Jejeloye promised that the team would not be lenient on those flouting Lagos traffic regulations, warning motorists who may have intention of driving on one-way lanes to desist from the act.

He said: “We have been mandated by the Commissioner of Police to stop acts of indiscipline by some motorists who are in the habit of flouting traffic regulations of Lagos State.

“We will discharge this duty without fear or favour, and our activities will be professionally exercised in line with the mandate of the team. I, therefore, urge motorists to obey the traffic laws and be patient when driving on the roads.”

COVID-19: Akeredolu inspire campaign team to victory in the coming re-run as he goes into isolation

7,176 Total Views Governors in the camp of the Rivers State Governor Wike yesterday boycotted the inauguration of the Peoples Democratic…