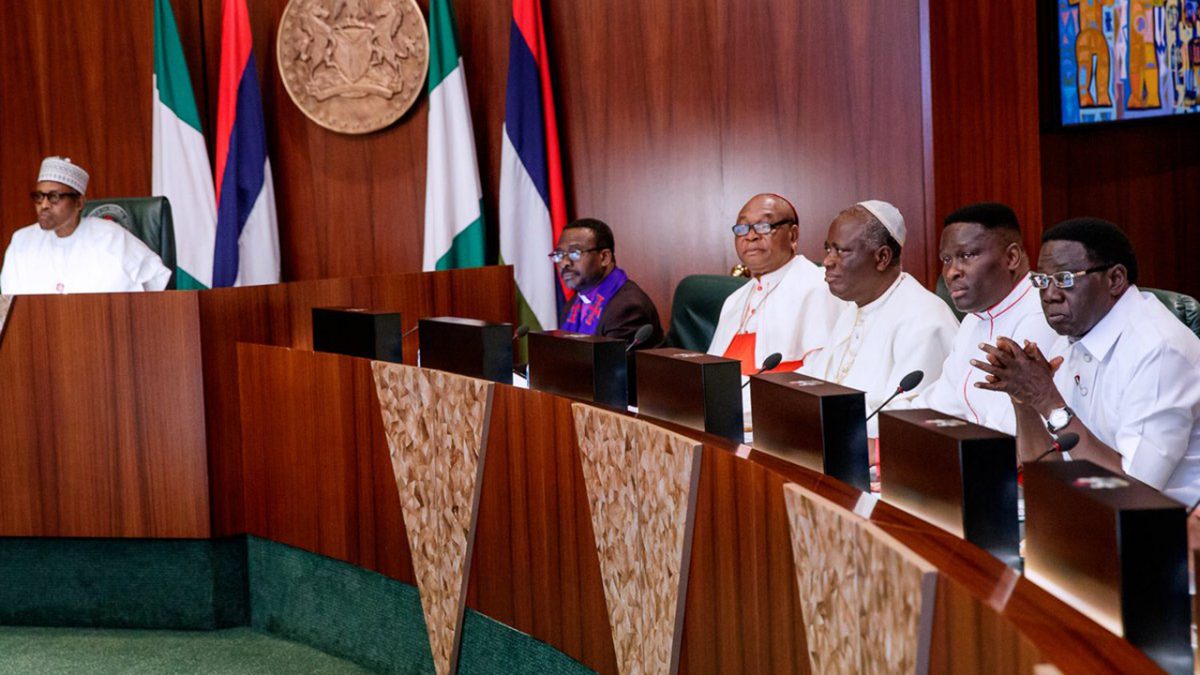 The Christian Association of Nigeria (CAN) on Thursday rejected the Companies and Allied Matters Act (CAMA) 2020, saying it is “unacceptable, ungodly and a declaration of war on the church.”

The association also described the law as: “a time bomb’’ whose explosion would not only” snuff life out of the church’’ but rank it (church) as “a secular institution under secular control.”

CAN, in a statement on Thursday by Bayo Oladeji, special assistant (Media and Communications) to its President, Rev Samson Ayokunle, therefore called on the government to steer clear off church matters because it lacked the technical expertise to handle things of the spirit.

President Muhammadu Buhari had on August 7 signed into law, the Companies and Allied Matters bill. The new law replaces the 1990 CAMA.

CAN specifically criticise Section 839 (1) and (2) of the law as “satanic.” The section empowers the supervising minister: “to suspend trustees of an association (in this case, the church) and appoint interim managers to run its affairs for some given reasons.”

Presiding Bishop of the Living Faith Church Worldwide, Dr. David Oyedepo, had last Sunday kicked against the law and called on the Federal Government to expunge the section.

The statement titled: ‘Christian Association of Nigeria (CAN) rejects CAMA Completely,’ reads in part: “The leadership of CAN rejects outrightly, the Companies and Allied Matters Act, 2020 that was assented to by the President recently.

“The law, to say the least, is unacceptable, ungodly, reprehensible, and an ill-wind that blows no one any good. It is a time bomb waiting to explode.

“At the public hearing, the bill that sought to bring the religious organisations and NGOs under the control and influence of the government was totally rejected because it would snuff life out of the church and rank the church as a secular institution under secular control.

“We thought it was all over until we heard of the CAMA that was assented to by the President, making the rejected bill a law.

“The satanic section of the controversial and ungodly law is Section 839 (1) &(2) which empowers the commission to suspend trustees of an association (in this case, the church) and appoint   interim managers to manage the affairs of the association for some given reasons.

“While we are not against the government fighting corruption wherever it may be found, yet we completely reject the idea of bringing the church, which is technically grouped among the NGOs, under control of the government.

“The church cannot be controlled by the government because of its spiritual responsibilities and obligations.  This is why we are calling on the Federal Government to stop the implementation of the obnoxious and ungodly law until the religious institutions are exempted from it.”

Asking the President   to “urgently return the law to the National Assembly for immediate amendment,” it stated that “Nigeria should not be compared with any other nation when it comes to the relationship between   religious institutions and the government.”

It argued that “in Nigeria, people’s religions are tied to their humanity and of course, their life.”

CAN then went on to ask:

“How can the government sack the trustee of a church which it contributed no dime to establish?

“How can a secular and political minister be the final authority on the affairs and management of another institution which is not political? For example, how can a non-Christian head of a government ministry be the one to determine the running of the church?

It warned that CAMA amounted to an “invitation of trouble that the government does not have power to manage”.

CAN consequently advised the government to “focus on the provision of better health, food, education, adequate security, employment, etcetera” instead of turning itself into “a busy body in a matter that does not belong to it.”

The association added: “The government does not have the technical expertise to run the church of God because of its spiritual nature.

“If the government is bent on imposing a law on us which the entire church in Nigeria is against, then, they have declared war on Christianity and the agenda to destroy the church which we have spoken against before now is coming to the open more clearly.

“If you cannot give us good amenities of life, we would not allow you to take away our liberty to worship our maker.

“Are we not running a democracy which is a government of the people by the people and for the people? Is this not gradually becoming a dictatorship?”

13,486 Total Views Lagos, Nigeria – Union Bank of Nigeria is pleased to announce that it has received high ratings in…