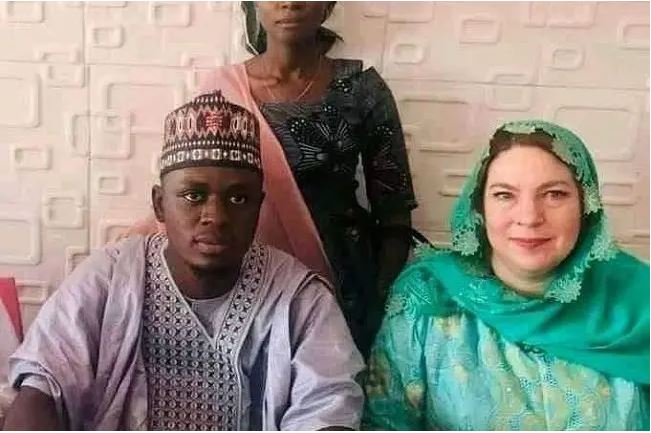 It was gathered that as at 11:00 am, thousands of well-wishers from within and outside the state thronged to the mosque to witness the historic event.

Isah is said to have met Janine some two years back on Instagram until she decided to come to Nigeria in February to start the wedding process.

A former senator representing Kaduna Central in Nigerian Senate, Shehu Sani, who is also a relative of the groom’s father stood as Janine’s guardian.

It was gathered that the bride who has been in Kano for the past one week will spend two more weeks before departing to the United States.
Her new husband is expected to join her in the US in the next six months when his visa is ready.

No postponement of the party National convention again- Buhari

3,279 Total Views Labour Party presidential candidate, Peter Obi has cautioned his supporters and loyalists against being toxic, urging them to…