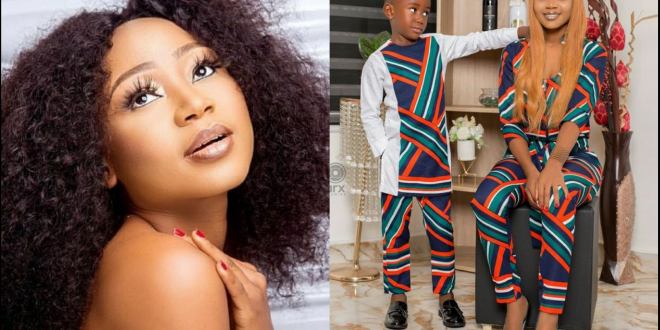 A court in Ghana’s capital Accra has granted bail of 80,000 cedis ($13,900; £10,000) to actress Rosemond Brown, pending an appeal against her 90-day jail sentence for posting a naked photo of herself on social media beside her son.

The bail sum amounts to about 6 million naira in Nigeria.

The court ordered Brown, popularly known as Akuapem Poloo, to report to police twice a week, and to hand over her passport. She can travel only with the court’s permission.

She was granted bail because she was a young first-time offender who had shown remorse and had pleaded guilty, the judge said.

The court also considered the welfare of her son when deciding to release her on bail.

Last week, the actress broke down in tears after she was jailed.

She was found guilty of publishing obscene materials, engaging in domestic violence and undermining the privacy and integrity of another person – and was taken into custody.

In the photo, posted last July to celebrate her son’s seventh birthday, she is crouching, facing the boy and holding his hands. He is wearing underpants. Her breasts are hidden by her long hair.

The image when viral and there was a huge backlash online.

The actress, who often posts photos of herself with her son on social media, apologized but was invited for questioning by the police.

Handing down sentence, Judge Christiana Cann said the jail sentence would serve as a deterrent to the general public given increasing levels of moral decadence in the country.

Some agreed with the judge’s remarks, though social media users had been calling for the actress’s release using the hashtag #FreeAkuapemPoloo.

Access Bank call on all customers to remain vigilant against scammers

3,188 Total Views Netflix will begin blocking subscribers from sharing their account passwords with people outside of their household in the…