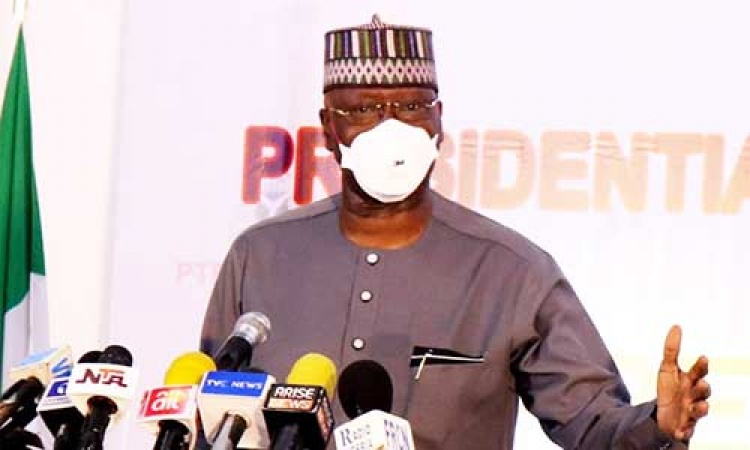 Mr Boss Mustapha, Secretary to the Government of the Federation (SGF) and Chairman, Presidential Task Force (PTF) on COVID-19, said this at the daily news conference on Thursday in Abuja

According to him, Nigeria witnessed a spike in number of confirmed cases when the number of recorded cases jumped to 663 on June 9 and this number is a source of concern to the PTF.

Mustapha said the PTF briefing on June 8 emphasised that a great majority of Nigerians were still susceptible to COVID-19 and cautioned that it could be more deadly if the citizens allowed it to transmit easily among the people.

The chairman said the admonition remained valid, while underscored the need for vigilance and self-preservation.

Mustapha said the PTF would continue to monitor the level of activities and compliance with the guidelines nationwide and that consultations would continue.

He said there would be need to hold another round of video conference with the team of governors appointed by the National Economic Council (NEC) to interface with the PTF.

“The PTF will re-emphasise its appeal to governments at the sub-national level as well as our security agencies to enforce the guidelines and protocols firmly.

“The PTF will also be meeting with the heads of these agencies to further fine-tune strategies to ensure compliance,” he said.

He said the PTF had earlier in the day, met with the House of Representatives Ad-Hoc Committee on COVID-19, adding that interaction was robust, as the taskforce received assurances of legislative support.

Mustapha said that President Muhammadu Buhari had earlier held a video conference meeting with the President of the ECOWAS in his capacity as the ECOWAS champion for the control of COVID-19.

He added that matters pertaining to the regional response to the pandemic were discussed.

According to him, matters discussed include our common risks as a sub-region, the need for our collaboration in response time.

Others are; our inter-dependence and Nigeria’s role given our large population and the position of President Muhammadu Buhari as the ECOWAS Champion,” Mustapha said. (NAN)

476 Total Views Union Bank of Nigeria has launched a brand-new sonic identity tagged ‘The Sound of Union. At 105 years,…

2,916 Total Views Four officers of the Nigerian Navy have reportedly attacked an anti-robbery police patrol team in Satellite Town, a…