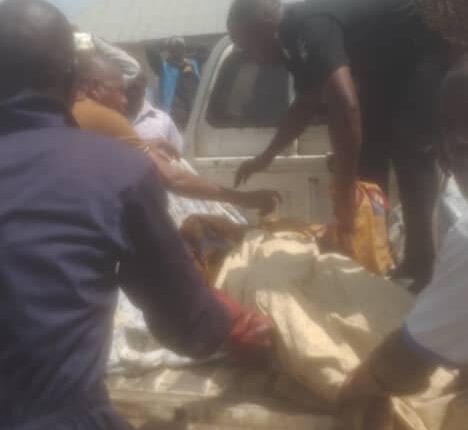 The incident happened at about 10:35 am while the deceased was trying to prepare her family food. The incident which was confirmed by the authorities of the state Fire Service was said to have also trapped the husband of the deceased before he was rescued and taken to hospital.

According to the Head of Department, Media and Publicity of the Kwara State Fire Service, Adekunle Hassan, “Firemen were able to put the situation under control on time and saved the victim’s husband who had also been trapped inside the fire explosion.

“Furthermore, the officers took him to the hospital to receive prompt treatment.

“Report says that the areas affected by the fire that was generated from the gas explosion were the sitting room, kitchen and dining room.

Senate on the run to supreme court over CJN case, cancels emergency resumption

2,445 Total Views Some angry youths in Kano State, on Monday, hauled stones at the advance convoy of the President, Major…

1,868 Total Views The President Muhammadu Buhari and the House of Representatives are on collision course over the deadline for the withdrawal of…