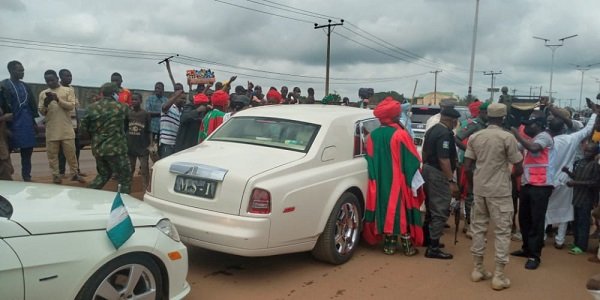 The former Emir of Kano, Muhammad Sanusi ll, returns back to the north after five-month he was deposed as the Emir of Kano by the Governor.

Sanusi’s last time in Kaduna was during the 60th birthday celebration of Governor Nasir Ahmad El-rufai.

A close aide of the monarch, Dr Suleiman Shinkafi, said the former emir would be in Kaduna for a week to receive visitors who had wanted to come to see him.

“Since his dethronement, many people have indicated their intentions to visit him in Lagos. But the monarch decided to relief them from the stress of travelling as far as Lagos,” he stressed.

Shinkafi also said the monarch will visit Sokoto to greet the Sultan Muhammad Sa’ad before moving to Azare, Katagum where his late grandfather, Muhammad Sanusi l stayed when he was deposed by late Sardauna of Sokoto, Sir Ahmadu Bello.

Painful death of Nigerian Prof, 155 others in Ethiopian Airlines crash

4,164 Total Views There were indications at the weekend that Rivers State Governor, Nyesom Wike, and his supporters have returned to…