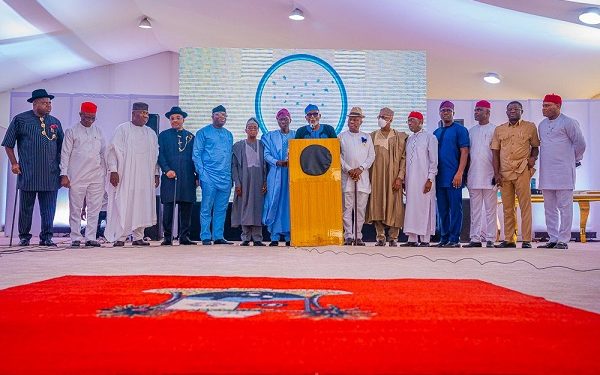 The battle line has been drawn between President Muhammadu Buhari and state governors over the 368 grazing routes, pursuant to a 1963 Act.

That is as 14 Southern state governors have enacted laws prohibiting Open Grazing in their respective states.

They are Rivers, Oyo, Ekiti, Osun, Enugu, Edo, Bayelsa, Abia, Ebonyi, Anambra and Akwa Ibom states. While Governor Hope Uzodinma of Imo State stated that his state has a subsisting law enacted in 2006, three other states, including Ogun have not concluded on the issue.

It would be recalled that the 17 Southern governors, under the aegis of Southern Governors’ Forum, had in what is now described as Asaba Declaration, on May 11, 2021, raised 12 resolutions of which among them was the ban on open grazing.

The frustrated governors had, after individual attempts to address the menace of open grazing in their respective states, announced the ban on open grazing in all the 17 Southern states.

They recommended that the Federal Government should support willing states to develop alternative and modern livestock management systems. Also, they called on President Buhari, to, as a matter of urgency and importance, address Nigerians on the frightening state of insecurity across the nation and convene a national dialogue.

Furthermore, they mandated the 17 state Houses of Assembly to as matter of urgency enact laws to back their proclamation. That was even as seven states in the North also embraced the ban on open grazing.

However, President Muhammadu Buhari, in a contrary move recently set up a committee to “review with dispatch 368 grazing sites across 25 states in the country and to determine the level of encroachment.”

Some lawyers also faulted the Federal Government’s decision, saying it was unconstitutional. The senior lawyers in different interviews asked the governors to go to the Supreme Court to challenge the move.

In his reaction, Ozekhome said that the Governors and the House of Assembly of the 36 states are constitutionally empowered, even statutorily to provide security for their people, to make laws for the peace and good governance of their people and to give welfare to their people.

“For people who want to know the Constitutional provisions, they should go to Section 4(6)(7), Section 5(3)(4), Section 14(2)(a)(b), Section 11, Section 176(7) of the Constitution. This includes the judgment of the Federal High Court, Makurdi in the case of AG, Benue State and AGF, and laws passed by the State Houses of Assembly of Ebonyi, Bayelsa, Oyo and Osun. By all of these, the states do not need any Federal Government’s permission or approval to take care of their people’s security.

“Even Sections 214, 215 and 216 of the Constitution make it clear that the Governor of a state is the Chief Security officer of his state. They do not require any permission from the Federal Government. Apart from that, Nigeria operates a Federalism system of Government. This is a concept where both the government at the centre and the federating units have their powers designated and delegated in specific areas.

“In fact, states have more involvement in the matter of providing security for their people. The Federal Government is an abstract at the Centre. It is only in charge of the Police at the Centre. “But it is the states that feel progress being made, not at Abuja, the Federal Centre.

“That is why states are also right to promulgate laws such as the one setting up Amotekun’, ‘Ebube-Agu’ and Eastern Security Network at their various levels to take care of their security. It is their constitutional right to do so; they do not need any permission from the Federal Government. If the Federal Government is not happy about what the states have done, it should go to the Supreme Court to invoke the original jurisdiction of the apex court.

Catholic Mission kick against Muslim-Muslim, says Killings in Kaduna and other place will increase

4,358 Total Views Netflix will begin blocking subscribers from sharing their account passwords with people outside of their household in the…