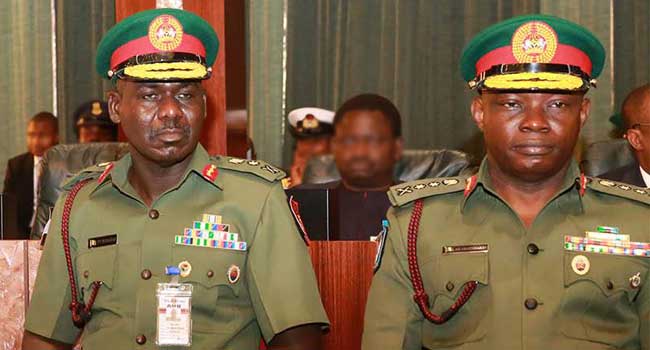 Former Chief of Army Staff, Lt. Gen. Tukur Yusufu Buratai (Rtd) has been presented with his Letter of Credence.

Buratai is the Ambassador-Designate to the Republic of Benin. The immediate past Chief of Defence staff, General Abayomi Gabriel Olonisakin (Retired) was also presented with his Letter of Credence.

Olanisakin is the Ambassador-Designate to the Republic of Cameroon. Minister of Foreign Affairs, Geoffrey Onyeama, according to the ministry presented the Letters of Credence to them on Wednesday morning.

Onyeama, during the brief ceremony, congratulated them on their appointment by President Muhammadu Buhari and called on them to deploy their wealth of experience to promote Nigeria’s interest during their tour of duty in countries of accreditation.

They were confirmed by the Senate on February 23, 2021 despite public outcry.

4,325 Total Views Netflix will begin blocking subscribers from sharing their account passwords with people outside of their household in the…