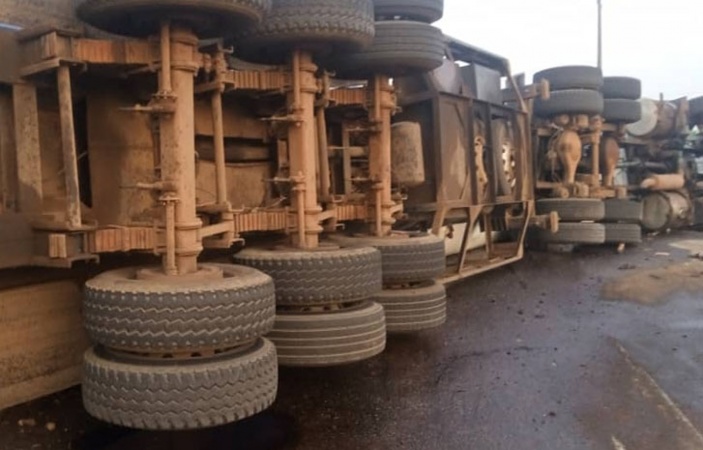 The Police Command in Niger says 23 persons lost their lives when a truck fully loaded with dozens of cows and 45 persons, skidded off the road and somersaulted into a bush.

The accident occurred along Bokani -Makera road in Mokwa Local Government Area of the state, according to the Commissioner of Police, Mr Adamu Usman, who confirmed the accident to the News Agency of Nigeria (NAN) in Minna, on Monday.

Usman said the truck, with registration Number BBJ 666 XA, was coming from Dadin Kowa, in Kebbi state, en route to Lagos when the incident occurred, explaining that the corpses of the deceased, and the other 22 who sustained various degree of injuries, had been conveyed to the Mokwa General Hospital for postmortem and treatment respectively.

Usman, who attributed the accident to loss of control by the driver, lamented the failure of drivers to obey traffic rules and regulations. (NAN)

3,793 Total Views Some angry youths in Kano State, on Monday, hauled stones at the advance convoy of the President, Major…

3,217 Total Views The President Muhammadu Buhari and the House of Representatives are on collision course over the deadline for the withdrawal of…