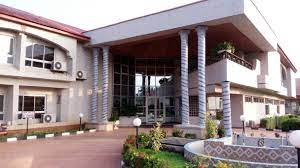 The Economic and Financial Crimes Commission has claimed that they are unaware of a raid carried out at an Abeokuta hotel, Conference Hotel, which belongs to a former governor of Ogun State, Gbenga Daniel.

The hotel authorities had claimed that personnel of the agency raided the hotel in search of alleged internet fraudsters, popularly known as “Yahoo boys”.

However, when contacted, the Public Relations Officers of both Ibadan and Lagos offices of the EFCC, denied knowledge of the alleged invasion.

The PRO of the EFCC, Ibadan office, Tokunbo Odebiyi, simply said, “I have no information about the operation. I’m not aware of any invasion of any hotel in Abeokuta.”

Also, his counterpart in Lagos, Ayo Oyewole, said he was not aware of the raid.

The statement read partly, “Some unknown gunmen believed to be acting at the behest of one of the anti-graft agencies stormed the premises of the hotel facility in Abeokuta in search of an unknown ‘yahoo boy’. Unnecessary shots were fired and our innocent guests were scared.

“Thankfully, our various security agencies were able to restore law and order and no life was lost. We thank all our customers for their patience and understanding and reassure all and the general public of their safety at all times in all our facilities,” it said.

A lodger said that an award party was held in the hotel on Saturday night, which attracted a lot of people to the hotel.

It was further gathered that the operatives, who allegedly broke into the guests’ room during the raid, confiscated mobile phones, laptops and exotic cars reportedly belonging to the suspected fraudsters.

EFCC at war with FG Over Maina Appointment and Promotion

2,258 Total Views Shuaib Labaran, the lead counsel to the Nigerian government in the trial of the leader of the Indigenous…

2,420 Total Views The Presidency has said the political elite have become weary of President Muhammadu Buhari’s stay in office because…