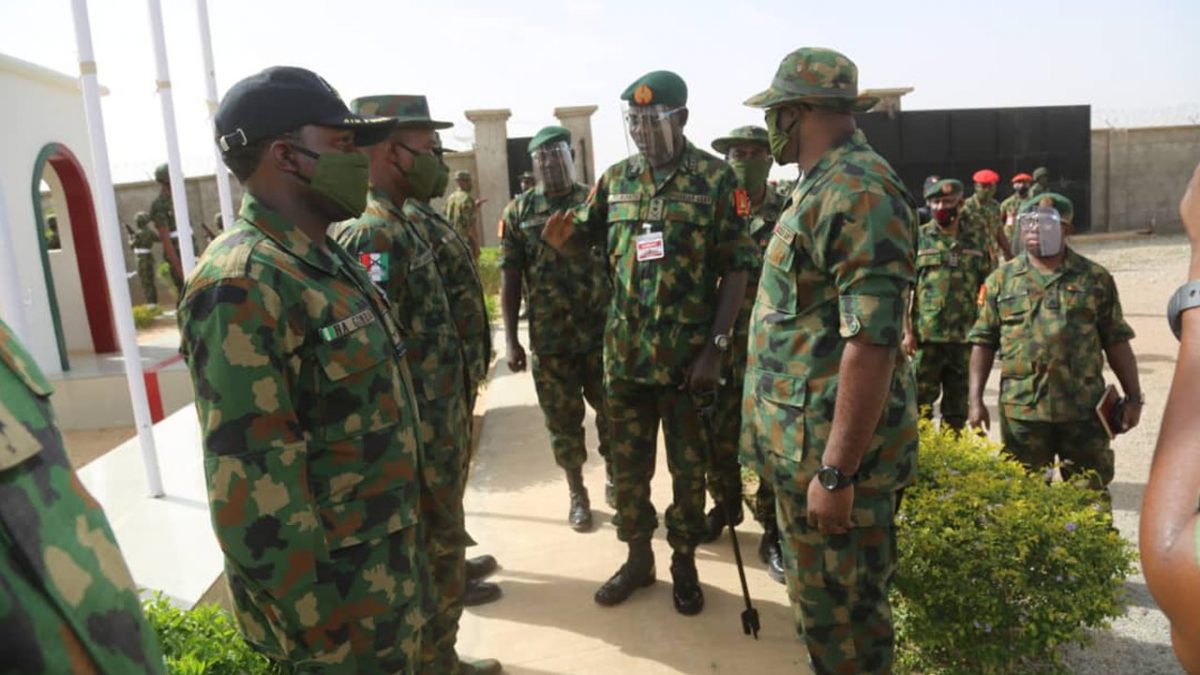 The Defence Headquarters has warmed mischief makers who intend to drag the military into politics in order to tarnish its image, to desist forthwith, or face its wrath.

The military said it would deal decisively with person or group who attempts to rubbish its reputation.

The military was reacting to a report by an online publication which reported that the army, through its spokesman, Brig Gen. Onyema Nwachukwu, has warned politicians and officers against a coup.

However, Defence Spokesman, Brig.-Gen. Bernard Onyeuko, in a statement on Sunday, described the story by the online platform as misleading as a calculated attempt to mislead the general public and cause disharmony in the polity.

Onyeuko, the Acting Director, Defence Media Operations, Defence Headquarters, in his statement made available, stated: “The attention of the Defence Headquarters has been drawn to a misleading publication by an online newspaper, Naija News House on Nigeria about the military warning politicians and officers against a Coup which it credited to Brigadier General Onyema Nwachukwu, the Army Spokesman. The publication is a handiwork of mischief makers and enemies of the state.

“It is a deliberate and calculated attempt to mislead the general public aimed at causing disharmony in the polity.

“The online newspaper manipulated, with the intent of disinformation, a previous message released in May 2021 by the then Director, Defence Information, who is the current Army spokesperson.

“It is a malicious attempt to bring the military to disrepute. It is obvious that the online newspaper has its own sinister intention to cause confusion.

“The Military High Command hereby warns all mischief makers and their proxies not to draw the military into their engagements.

“The Armed Forces of Nigeria remains apolitical and would not hesitate to deal decisively with any person or group of persons that want to tarnish its image or draw it into partisan politics.

“The Armed Forces of Nigeria remains loyal to President Commander-in-Chief of the Armed Forces -President Muhammadu Buhari, (GCFR) and also sworn to defend our democracy as well the Constitution of the Federal Republic of Nigeria.”

Earlier, the Nigerian Army had dismissed the report. Spokesman of the Army, Brig Gen Onyema Nwachukwu, in a statement, described it as “fabrications, outrageous and irresponsible”.

TUC call on FG to rebuild economy against looming recession

4,259 Total Views Netflix will begin blocking subscribers from sharing their account passwords with people outside of their household in the…