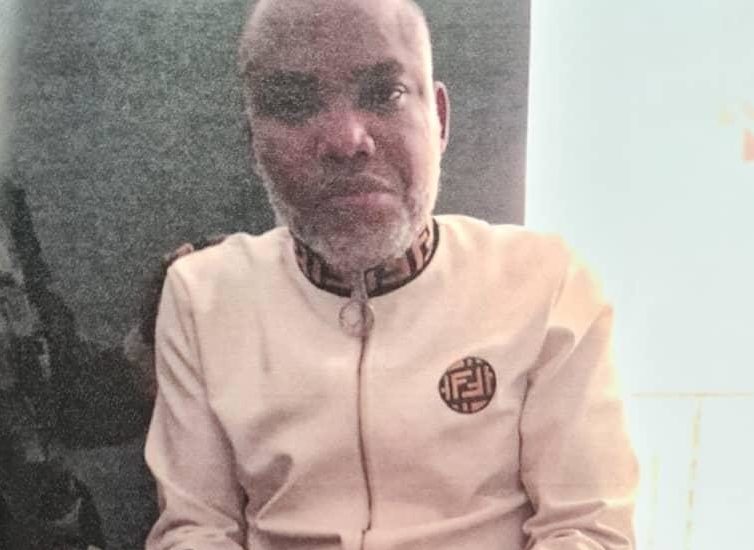 The Indigenous People of Biafra (IPOB) has raised the alarm over the deteriorating health condition of its leader, Mazi Nnamdi Kanu, in detention.

Kanu has been in the custody of the Department of State Services (DSS) following his arrest in a foreign country and subsequent repatriation to Nigeria.

IPOB’s Media and Publicity Secretary, Emma Powerful, in a statement on Wednesday said that efforts made for Kanu’s personal physicians to gain access to him have been rebuffed by the DSS, thereby worsening his health condition.

The statement partly reads: “We are alerting the world about this anomaly to compel the Nigeria government to grant our Leader’s doctors access to see him for a thorough medical examination bearing in mind the terrible torture he underwent for eight (8) days at the hands of the Kenyan security agents.

“We wish to unequivocally state that no harm should befall our leader as the consequences can only be better imagined. This is not a threat but a promise! Nigeria has been winning and dining with bandits and terrorists but dehumanizing and killing peaceful agitators and freedom fighters.

“We urge human rights organizations, UN, AU, EU, ECOWAS and other relevant organizations across the globe to rise in defense of justice and compel the Nigeria Government and her compromised security agencies to grant our Leader’s personal doctors unfettered access to him. Our Leader must not die in DSS custody neither should he suffer any serious health complications.”

IPOB insisted that its leader committed no crime against Nigeria or Kenya government to warrant being treated as a criminal.

It urged human rights organizations and men and women of good conscience across the world not to watch idly while Kanu is being dehumanized by Nigerian security agents.

“Our Leader’s fundamental human rights have been grossly violated by the Nigerian government and Kenya government and continue to be violated with each passing day under the illegal custody of the DSS.

“Mazi Nnamdi Kanu must be released to enable him to undergo a proper medical examination having gone through the most horrendous inhumane treatment and torture at the hands of the Kenyan security agents,” the group added.

5,287 Total Views   The Attorney General of the Federation (AGF) and Minister of Justice, Abubakar Malami, has confirmed that bandits…