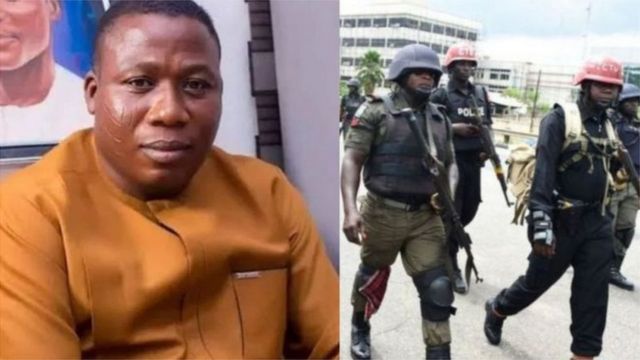 Chairman of Owu Obas council: Surrender to DSS in peace

From the corridor of the Owu Obas council, the movement by the Yoruba nation agitators is unnecessary.  The Olowu Kuta and Chairman Supreme Council of Owu Obas, Oba Hameed Makama, has advised Yoruba Nation agitator, Sunday Ighoho aka Sunday Ighoho, to give up himself to the Department of State Services(DSS)

The monarch spoke in his palace at Owu Kuta in Aiyedire Local Government Area of Osun State with newsmen.

He told self-determination agitators to dialogue with Federal Government. He stressed at the council of Obas’ meeting, nobody ever discussed secession and the monarchs believe in the corporate entity of this country.

Oba Makama said: “No serious government will like to see his country in turmoil. The separatist struggle is like waging arms against the state.

“Nobody dares face the federal might and succeed. Nigeria will not sit down, after the civil war, and face another internal war.

“The banditry and Boko Haram that we have at hand is more than enough. So, I will advise the agitators to dialogue with the Federal Government.

“Sunday Igboho should give himself to the government voluntarily. He will have sympathy rather than they go fishing him out.”

He added: “Rather than calling for secession, I would support restructuring because if you restructure, then you can devolve power. If power is devolved, there will be more money.

1,437 Total Views The Inspector-General of Police (IGP) Usman Baba has appointed Deputy Commissioner of Police (DCP) Tunji Disu as the…