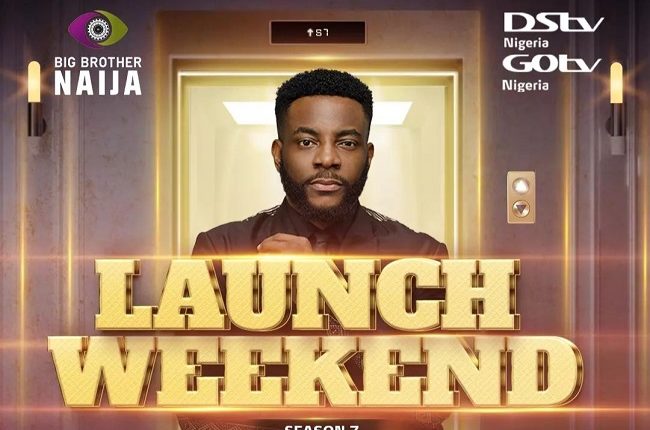 Big Brother Naija season 7 back on screen, begins on Saturday

The seventh instalment of Big Brother Naija will have a double launch this weekend on Saturday, July 23, and Sunday, July 24 at 7 pm on Africa Magic Showcase, Urban and Family. The show will also air on the 24/7 Big Brother Naija channel on DStv 198 and GOtv channel 29, as well as on Showmax.

Fans of the show will love this season because several pre-COVID elements are returning to the game, such as the Ninjas and live studio audience. BBNaija lovers can also expect a line-up of more engaging tasks, unpredictable twists and Big Brother’s wit.

Africa’s biggest reality show organised by MultiChoice Nigeria will begin with the two-part launch weekend before plunging into 72 days of what promises to be dramatic, insightful and downright entertaining content. Viewers should expect to experience talented youngsters, bellyaching laughs, emotional moments and candid advice from Ebuka throughout the season.

The headline sponsor of Big Brother Naija season seven is Pocket by PiggyVest (formerly Abeg), and the associate sponsor is Flutterwave. Viewers can also watch the show via the DStv app on multiple devices at no additional cost. The app is available for download on iOS and Android devices.

Big Brother Naija season 7 will also be available on the African streaming platform, Showmax across Sub-Saharan Africa, the United Kingdom and the Republic of Ireland. DStv Premium customers can enjoy access to Showmax at no extra cost as part of their DStv subscription. DStv Compact Plus and Compact customers can access Showmax for only half the price.

Desparado ‘Bishops’ who attends Shettima’s unveiling are hired – CAN

London Court: Ekweremadu to remain behind bar till next year

3,714 Total Views Netflix will begin blocking subscribers from sharing their account passwords with people outside of their household in the…