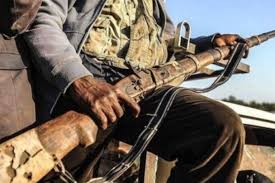 Herdsmen have killed a farmer, Musa Monsuro, in the Ibarapa Central Local Government Area of Oyo State after few months of rest in the community.

Monsuro was reportedly slaughtered on his cashew farm at Araromi village, Igboora, around 5 pm on Monday.

While the reason he was killed could not be ascertained, there were reports that those behind the act were herdsmen.

Some residents explained on Tuesday that security agents were alerted and they went to the farm to pick the corpse, which was taken to a mortuary.

The state Police Public Relations Officer, Adewale Osifeso, confirmed has incident, although, he said, “The case is undergoing investigation. You will be updated accordingly.”

The killing is coming after a break of some months in killings by suspected herdsmen.

Ibarapa had been ravaged by criminal herdsmen who allegedly killed, maimed, raped residents and destroyed farmlands before Yoruba Nation agitator, Sunday Igboho, visited the area to warn against such acts.

4,513 Total Views It was heartbreak yet again for Liverpool, as they failed to win the title by a solitary point,…

4,594 Total Views Women presenters and reporters on TV channels in Afghanistan went on air with their faces covered on Sunday,…