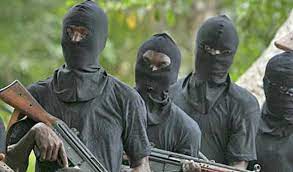 The threat comes less than 24 hours after the gruesome murder of the lawmaker who represented Aguata II State constituency, whose head was found on Saturday at Nnobi, in Idemili South Council Area of the state.

It was reported that Okoye was abducted along with his driver in Aguata on May 15, 2022.

He was later beheaded.

According to Daily Trust, a resident of Nnobi told the newspaper that a note was dropped beside the head of the lawmaker, which was left by the roadside.

It quoted the resident as saying, “In the note, the killers vowed that more heads would roll. The letter was not too clear due to raindrops, but it started with the word ‘warning’.

“At some point, it read, ‘everywhere you go, you cannot hide anywhere. We will go after you one by one because soldiers and police is (sic) no longer our problem.”

Killings and arson have been on the rise in the state since March 17 when Prof. Charles Soludo was sworn in as the governor of the state.

No fewer than four local government headquarters in the state and several police stations had been attacked and set ablaze within the period.

It was Earlier reported that Soludo had offered a reward of N10 million to any person or group with information that can assist security agencies to nab the criminals terrorizing the state.

2,918 Total Views Netflix will begin blocking subscribers from sharing their account passwords with people outside of their household in the…