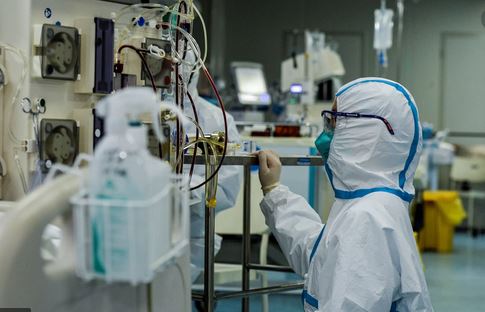 National Association of Residents Doctors (NARD), on Monday, began a nationwide strike. But the Federal Government directed them to return to work because it had met six of their eight demands.

According to the nation reporter Our correspondents, who went round some hospitals, reported that NARD members, including those in the frontline of the battle against COVID-19, complied with their national leadership’s call to drop their stethoscopes.

Labour and Employment Minister Chris Ngige, in a statement by the Deputy Director of Press and Public Relations, Ministry of Health, implored the NARD members to resolve the outstanding issues with the Federal Government through dialogue.

He explained that in spite of the lean resources available due to the COVID-19 effects on crude oil, the government had addressed most of their demands, including Special Hazard and Inducement Allowances, and Group Life Insurance.

The minister, however, reminded the doctors that by labour laws and the International Labour Organisation (ILO) conventions, when issues are being conciliated, all parties are enjoined not to employ arm-twisting methods to intimidate or foist a state of helplessness on the other party, in this case, the Federal Ministry of Health.

He said: “There is a pending case in the National Industrial Court of Nigeria (NICN), instituted by two civil society groups against NARD, the Minister of Health, the Attorney-General of the Federation and Minister of Justice as well as the Minister of Labour and Employment.”

The doctors first embarked on an indefinite strike on the June 15 but suspended it June 22 due to the intervention of the Nigerian Governors’ Forum.

They gave the government a four-week window to meet their demands on or before August 17.

But yesterday, they decided to resume the strike, having reached the conclusion that the government had failed to fulfil its promises.

NARD National Publicity Secretary of the association, Dr. Stanley Egbuogu, told The Nation that the strike was total in many hospitals.

He said: “Doctors in the Federal Capital Territory (FCT) have complied fully because in most of the places we visited today (on Monday), we observed full compliance.

“We are also getting reports from different centres. By the end of today (yesterday), we will now be able to assess how far we have gone with compliance. For now, the result has been good.

“None of our members in treatment and isolation centres for the management of COVID-19 patients is working.  Only consultants and other doctors that are not our members are working.”

NARD Chairman in Ebonyi State, Chidubem Osuagwu, said the doctors At the Alex Ekwueme Federal Teaching Hospital in Abakaliki were protesting the non-implementation of the COVID-19 welfare package.

He said: “The Federal Government did not respect the agreement we had with them. They were to pay for six months, but they paid only in April and May.

“The agreement was that they would pay 60 per cent of basic salary to doctors working in any hospital treating COVID-19 while other health workers would get 40 per cent.

“Also, there is an additional 20 per cent to those treating COVID-19 patients.”

Osuagwu said the doctors also had issues with the residency training.

“They claimed that it was captured in the 2020 Budget, but up till now, there has been no implementation. The last report we got is that there was no provision for it,” he added.

6,105 Total Views Crisis continue to rock the PDP camp in Osun. A fresh spirited effort to resolve the crisis rocking…

7,784 Total Views The National Chairman of the All-Progressives Congress (APC), Adamu Abdullahi has withdrawn from a suit filed against the…