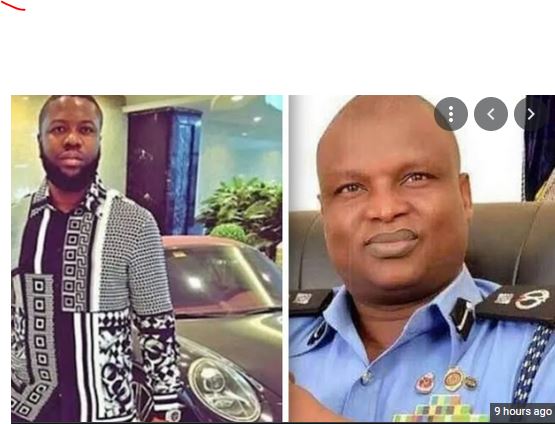 Inspector-General of Police, Usman Alkali Baba and the commencement of probe by a special investigation panel, the Police Service Commission (PSC) has approved the suspension of Mr Abba Kyari, a deputy commissioner of police, from service over alleged bribery and fraudulent.

Mr Ikechukwu Ani, Head of Press and Public Relations of PSC, announced this in a statement in Abuja, on Sunday.

Ani said the commission had also directed the Inspector General of Police (IGP), Mr Usman Alkali Bala, to furnish it with information on development in the matter for necessary further action.

Ani said the suspension took effect from July 31 and would subsist pending the outcome of the investigation in respect of Kyari’s indictment by the Federal Bureau of Investigation (FBI).

The suspension followed the recommendation by the IGP to the PSC in a letter dated July 31, 2021. The IGP, in the letter, had recommended the immediate suspension of Kyari, who was, until suspension, the Head of the Police Intelligence Response Team (IRT), pending the outcome of an ongoing internal investigation against him. In a statement made available to newsmen in Abuja, on Sunday, by the Force Public Relations Officer (FPRO), Frank Mba, the IGP noted that the suspension is expected to create an enabling environment for the NPF special investigation panel to carry out its investigations into the weighty allegations against Kyari without interference.

“The suspension is without prejudice to the constitutional presumption of innocence in favour of the officer,” the statement said.

The statement further revealed that, “the SIP, will comprise of four senior police officers and would be headed by Joseph Egbunike, the Deputy Inspector General of Police in charge of the Force Criminal Investigations Department (FCID).”

It added that, “the SIP, inter alia, is to undertake a detailed review of all the allegations against DCP Kyari by the United States government as contained in relevant documents that have been availed the NPF by the Federal Bureau of Investigation (FBI).

“The SIP is also to obtain a detailed representation of DCP Abba Kyari to all the allegations levelled against him, conduct further investigations as it deems fit, and submit recommendations to guide further actions by the force leadership on the matter.”

PMB Leaves for UK today, to Return May 5

Corpse, family and church members in an accident on the way to burial

Success Tip: Social media is not for “bad belle” and begging -Yul Edochie

CBN promises to give more loan facilities to youth

4,555 Total Views Some angry youths in Kano State, on Monday, hauled stones at the advance convoy of the President, Major…

3,979 Total Views The President Muhammadu Buhari and the House of Representatives are on collision course over the deadline for the withdrawal of…