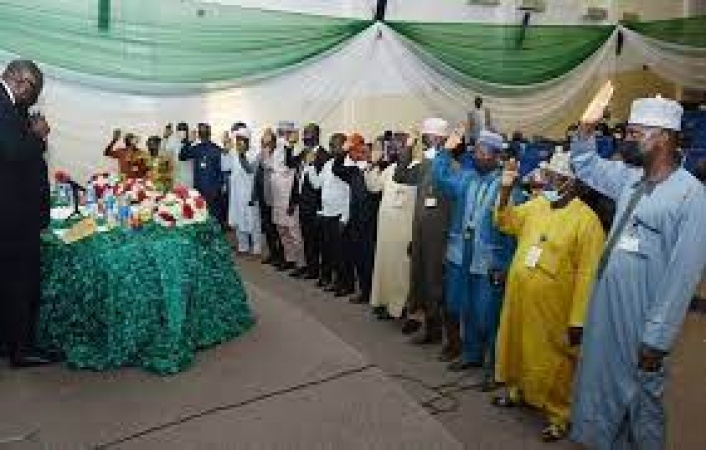 The Permanent Secretary, State House, Tijjani Umar, gave the warning when 42 staff of the presidency was administered with oath of secrecy.

Umar, who warned that the presidency would not tolerate any act of truancy and breach of oath of secrecy, said leaking of classified information without authorization was a grievous offence that attracted penalties under the public service rules.

“This exercise is the beginning of doing what is right in various offices. The rules must be enforced and any breach carries a consequence. From now on, you are under the radar, we are going to watch and follow you,” he said.

The permanent secretary, while speaking on the reason behind the oath-taking ceremony, said: “What we have done today is to administer the oath of secrecy on staff of the State House, who handled classified documents. When we say classified documents, they are secret and other documents that ought not to be handled without due diligence. So, I think it’s so important because we are alarmed by the fact that nowadays, due to deployment of staff and through retirement, we discovered that a number of our officers need to be placed under the radar.

“They will be aware that the jobs that they are holding, and the kind of documents or information they are holding from day to day, Monday to Friday and beyond, those documents are so important and must be safeguarded. And the breach of such documents would take away from the delivery of service and that was the reason why we decided that we should do the needful by administering the oath of secrecy and highlighting the import of letting them know what information they are managing, and then the consequences of the breach of such information.

“I think when you let people know, and then along the way, you find them wanting, the consequences are very clear. And so before we even went forward to do the administration of the oath, what we did was to do sensitization training for them, so that the Official Secret Act will be spelt out to them very clearly.

“And the Special Services Office of the Office of the Secretary to the Government of the Federation was here today to take them through all the rudiments of that information that they require, and the type of knowledge that they would need to keep close to them in discharging their day-to-day responsibilities,” he said.

Asked if the exercise would be a continuous one, he said: “Like I said, from time to time, people who handle this schedule retired, some of them get deployed or posted out. And so when new people come in, you need to also renew this exercise so that all of us are always on the same page.”

4,390 Total Views Netflix will begin blocking subscribers from sharing their account passwords with people outside of their household in the…