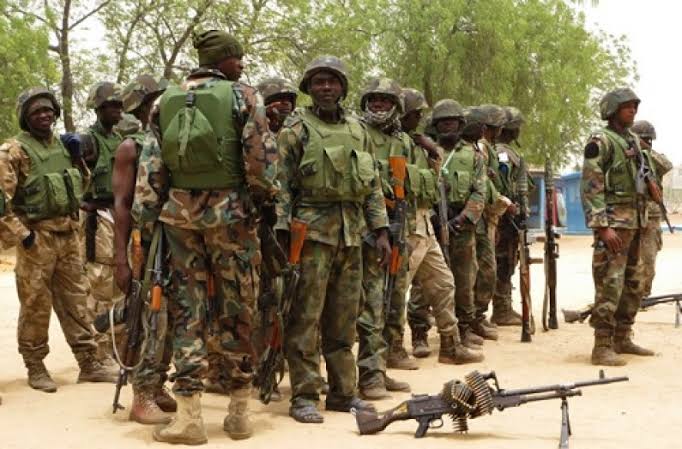 The House of Representatives has called for improved welfare for troops and effective delivery of welfare packages across the ranks.

This was the position of the lawmakers during plenary on Tuesday at the lower chamber of the National Assembly in Abuja.

They made the call following the consideration of the findings and recommendations of a report of the House Committee on Army.

A total of 356 troops of the Nigerian Army were reported to have resigned from the service in July 2020, a development that sparked controversy from various quarters.

The soldiers were said to have tendered their resignations at the time because they had lost interest in the job due to poor welfare and claims that the army was not well equipped to battle insurgents.

This caught the attention of the lawmakers who deliberated on the matter and mandated the House Committee on Army to carry out a thorough investigation on July 14, 2020.

Seven months after the directive, the committee submitted its report after concluding its investigation into the mass resignation of the soldiers.

He explained that the recommendations of the report were based on the fact that the soldiers that resigned were mostly citing poor welfare as being the main reason for wanting to leave the service of the army.

The lawmaker stressed the need for the Nigerian government to ensure military personnel were well motivated to defend the nation’s territory and overcome security threats – home or abroad.

Part of the recommendations of the report read, “That the Nigerian Army should improve on the welfare of its personnel, especially those in battlefields or other combat operations to further make the soldiers more committed to their jobs and to the nation at large.

“That there should be effective monitoring or follow up in the delivery of the welfare packages in all the army formations to ensure that they reach out to all the beneficiaries (the soldiers) in a fair and equitable manner.

“That the army should continuously embark on orientation of soldiers – both old and new – about the reality of their jobs and the need to be committed to their country. This will reduce the number of soldiers leaving the army due to loss of interest.”

According to the report, the number of disengagements is far lower than the enlistment in the army in the last five years.

It stated that about 6,752 personnel were disengaged and 25,655 were enlisted, adding that not all the soldiers who voluntarily resigned were actively involved in combat operations.

4,588 Total Views Some angry youths in Kano State, on Monday, hauled stones at the advance convoy of the President, Major…

4,012 Total Views The President Muhammadu Buhari and the House of Representatives are on collision course over the deadline for the withdrawal of…