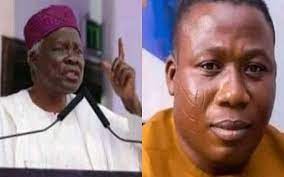 Lagos State Commissioner of Police Hakeem Odumosu has warned that no rally, under whatever guise, will be allowed to hold in the state. He, therefore, warned Sunday Igboho and Banji Akintoye to stay away from the state.

Odumosu, who addressed reporters Thursday, warned the agitators and their followers against staging the planned July 3rd rally as anyone caught participating or facilitating the rally would be dealt with within the ambit of the law.

According to Odumosu, intelligence shows that some disgruntled elements have perfected plans to infiltrate the protesters and cause more mayhem. He added that information had gotten to the knowledge of the command that the organisers’ foot-soldiers and mobilisers have concluded plans to embark on procession on the streets of Lagos as part of programmes for the mega rally.

He said: “It has come to the knowledge of the command that the rally, arranged to hold at Gani Fawehimi Freedom Park in Ojota, Lagos, has been planned by some other yet-to-be-identified groups to simultaneously hold at Lekki Toll Gate, Ikoyi, Iyana-Ipaja, Ikeja, Surulere, Ikorodu and other areas. This, if allowed, could be a fatal ground for anarchy.

“Intelligence also reveals that one Elewe-Omo, a transport union leader in Ibadan, Oyo State, has perfected plans to attack organizers of the rally as a reprisal for the death of one of his followers allegedly killed by one of Igboho’s group.

“The cumulative effect of all these is a threat to law and order. The command will not watch and allow disgruntled elements truncate the peace being enjoyed in the state.

“Lagos State cannot afford to experience any security lapses, breakdown of law and order, and threat to public peace at the moment, considering the negative effects and reoccurring agonies of the October 2020 #Endsars crisis that led to massive destruction of public and private facilities, and some police personnel paying the supreme price. This is in addition to many police stations, barracks, officers’ personal properties that were burnt.

“The command is still going through those harrowing experiences, and it will not be cajoled by the so-called organizers that the rally will be peaceful. That was the same slogan adopted by organizers of the #Endsars protest which eventually snowballed into crises with attendant destruction of lives and properties.

“The police will not submit to their antics. Recall that on June 12, there was a rumored stay-at-home order purported to have been issued by a group, which was immediately debunked by the command.

Defection is part of democracy, be prepared for more - Wike

4,972 Total Views The Group Managing Director of the Nigerian National Petroleum Corporation (NNPC), Mallam Mele Kyari, has assured that the…

5,020 Total Views Silent but deep crisis is rocking the two-dominant party in Nigeria, the ruling party APC and the major…