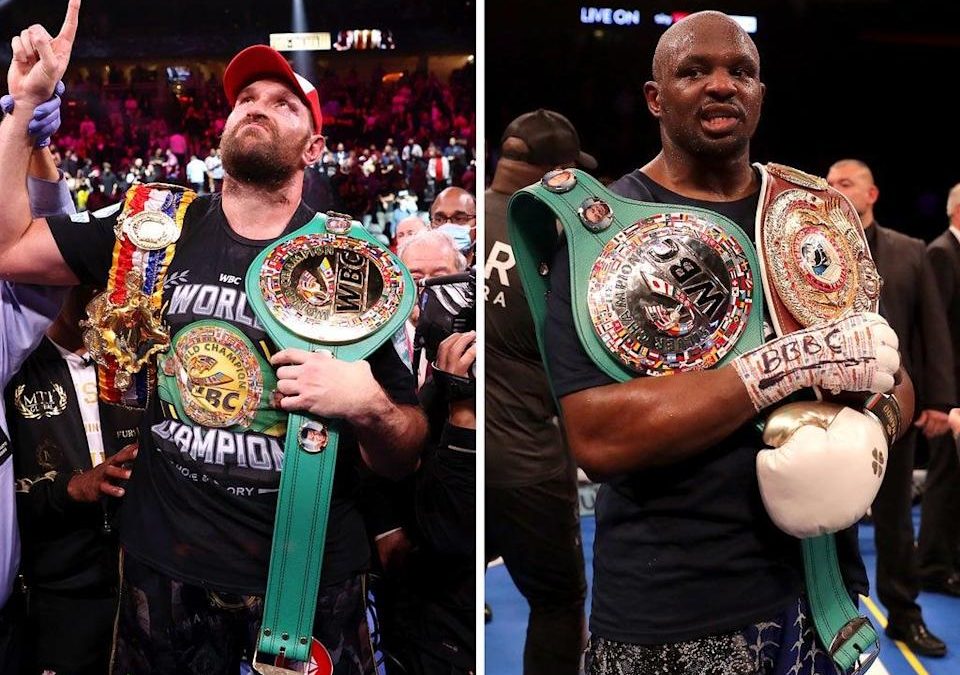 The contract for the WBC Heavyweight title fight has been signed by Dillian Whyte and Tyson Fury, with the bout expected to hold at the Wembley Stadium in April.

Whyte, a WBC interim titleholder, will challenge Fury who is the WBC Heavyweight champion. He had earlier knocked out Alexander Povetkin to secure his current title.

On his part, Fury stated that the coming fight will be his easiest because Whyte is not on his level.

In this game, there is levels to it – that’s just the top and bottom of it in boxing – and Dillan Whyte just isn’t at Tyson’s level,” Fury said.

“This will be one of Tyson’s easiest fights because you go from Deontay Wilder who can put your lights out in one second with one punch and then you’re going over to Dillian Whyte who has not always looked the best, not always been up there.

“He’s taken a while to get this title shot, he’s got a few miles on the clock himself, he’s had a few bad knock-outs – I don’t see him posing any threat.

“It’s heavyweight boxing, anything can happen, but as far as him being the best and ruling the division, Tyson is that man and will do for however long he wants to.”

4,578 Total Views Some angry youths in Kano State, on Monday, hauled stones at the advance convoy of the President, Major…

4,002 Total Views The President Muhammadu Buhari and the House of Representatives are on collision course over the deadline for the withdrawal of…