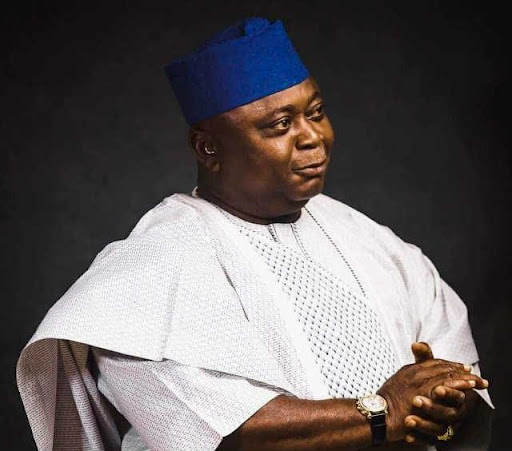 Iperu Remo city in Ikenne Local Government Area of Ogun State is expected to be agog on Thursday as the chairman, Ladi Adebutu Development Organization (LADO), Oladidupo Adebutu, will be installed as the Seriki of Iperuland by the Alaperu of Iperuland, Oba Adeleke Idowu Basibo.

According to a release by Afolabi Orekoya, Media Consultant to Honorable Adebutu, the conferment of the Seriki of Iperuland on Adebutu “is a happily accepted by the sons and daughters of Iperuland without any controversy.”

The Seriki title is one of the foremost chieftaincy titles in Yorubaland and is also very key in the structure of the Iperu Traditional Council.

The nomination and installation of Adebutu as the Seriki is in appreciation of his “unprecedented philanthropic gestures within and outside Ogun State.”

“On many occasions, he has been described as a reputable human capacity builder whose impacts have been felt by all and sundry.

“Prior to the Seriki title, Adebutu had been honored by renowned and first-class Obas in Yorubaland all in recognition of his goodness to mankind and humanity; contribution to economic advancement and development without any form of solicitation.

“Some of these high-ranking chieftaincy titles conferred on Adebutu include the Otun-Odole Oodua (of the Source) by the Ooni of Ife, Oba Adeyeye Ogunwusi; the Lisa Aje of Egbaland by the Alake and paramount ruler of Egbaland, Oba (Dr) Aremu Gbadebo; the Lisa Aje of Ota/Aworiland by the Olota of Ota, Oba Abdulkabir Obalanlege; and the Otun Ajagungbade of Remoland by the immediate past Akarigbo and paramount ruler of Remoland, Oba Adeniyi Sonariwo of blessed memory and a host of others.

Hardship: Young man put himself up for sale for 20MILLION

Shi’ites again took to street, one killed during protest.

1,218 Total Views The police have confirmed the arrest of Abdullahi Usman, an assistant superintendent of Immigration, over the recent invasion…

902 Total Views A fully loaded Premium Motor Spirit (PMS) or petrol tanker upturned at about 4.45 am when it was…