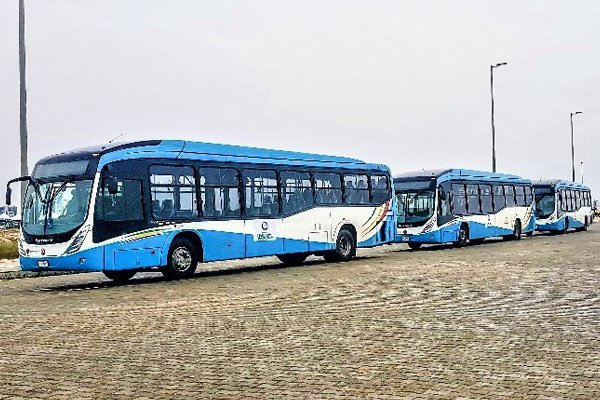 LAGOS State Governor Babajide Sanwo-Olu has approved an average of 46 per cent increase on bus services on the routes operated by the Lagos Bus Services Limited (LBSL).

He said Governor Sanwo-Olu assented to the bus fare review following a plea by the bus operating company on the need to sustain its operation because of the negative effect of the COVID-19 pandemic on public bus transportation.

The governor also approved LBSL’s request to increase the number of passengers per bus from 20 to 42 in observance of updated COVID-19 protocol, as directed by the Nigerian Centre for Disease Control (NCDC) in the operation of public transport, while ensuring other measures are in place.

LBSL had argued that conveying not more than 20 passengers per bus, per trip, had resulted in only 14 per cent utilisation of the busload factor, leading to 72 per cent drop in revenue, while the running costs remained fairly the same.

It said the fare increase would improve LBSL’s operational efficiency and place the bus operating company on the path to sustainability in the medium to long term.

4,274 Total Views The National Chairman of the All-Progressives Congress (APC), Adamu Abdullahi has withdrawn from a suit filed against the…

3,373 Total Views Romelu Lukaku has returned to Inter Milan on a season-long loan, just a year after leaving for Chelsea….