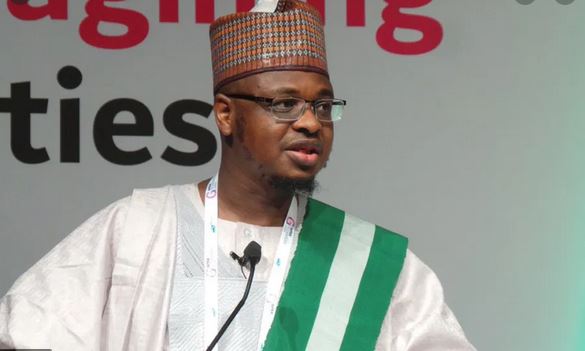 The National Identity Number is mandatory for transactions such as the opening of bank accounts, payment of taxes, voter registration, the Federal Government said on Thursday.

Minister of Communications and Digital Economy, Isa Pantami, said this in Abuja while hosting the newly elected National Executive Council of the Association Telecommunications Companies of Nigeria.

This came as operators called on the Federal Government to support in the development of a strategic plan to bridge the over N15tn infrastructure funding gap for the telecoms/information communication and technology industry.

In his address at the meeting, Pantami told his guests that the government was determined to ensure that all citizens in Nigeria had their various NINs.

He said, “This is most important in the area of NIN, which is a mandatory number, based on the NIMC order of 2007 that has actively been neglected for years.

“It is key to our national planning, budget, security, social development and many more. But it was neglected despite being a mandatory number.”

“There’s no identity that will define you as a citizen more than that number. It is mandatory. And it is mandatory for transactions such as opening bank accounts, paying tax, voter registration and many more.”

The minister argued that Section 27 of the NIMC Act clearly stated that to partake and enjoy government services without the NIN was an offence, which could attract imprisonment as captured in Section 29 of the same Act.

Pantami urged operators in the sector to work with the government in ensuring that all citizens in Nigeria had the NIN.

He insisted that the number would benefit the country economically, as the contributions of the telecoms sector to Nigeria’s Gross Domestic Product would further increase.

The ATCON President, Ikechukwu Nnamani, said there had been progress in NIN registration and told his host that operators would work with the government to move the sector forward.

Aside from bridging the infrastructure funding gap, he also called for the full implementation of the Right-of-Way policy, as well as the need to address the issue of multiple taxation and other regulatory challenges in the space.

On December 15, 2020, the Federal Government declared that after December 30, 2020, all SIMs that were not registered with valid NINs on the network of telecommunications companies would be blocked.

It later extended the December 30, 2020 deadline following widespread opposition against the earlier announcement and gave three weeks’ extension for subscribers with NIN from December 30, 2020 to January 19, 2021.

It also gave six weeks’ extension for subscribers without NIN from December 30, 2020 to February 9, 2021, but many organisations had called for further deadline extension or outright suspension of the NIN registration process due to the large crowds who had yet to have their NINs.

4,481 Total Views Some angry youths in Kano State, on Monday, hauled stones at the advance convoy of the President, Major…

3,905 Total Views The President Muhammadu Buhari and the House of Representatives are on collision course over the deadline for the withdrawal of…