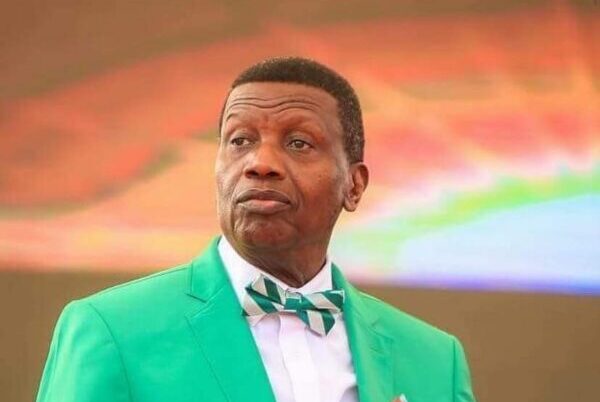 The General Overseer of the Redeemed Christian Church of God (RCCG), Pastor Enoch Adeboye, has just lost his third son, Dare Adeboye, to the cold hands of death.

Dare Adeboye who until his death was a Youth Pastor in the church, was said to have died in his sleep on Wednesday in Eket, Akwa Ibom.

His wife, Temiloluwa Adeboye, was said to have raised alarm when he retired to bed and didn’t wake up at the usual time.

The Head of Media and Public Relations, RCCG, Pastor Olaitan Olubiyi, has however, confirmed the incident.

According to him “It is true. The incident happened in Eket where he was based. I don’t have the details for now. Maybe before the end of today, we will issue a statement.”

Tributes and Consolation messages to Pastor Adeboye and his family, have filled social media on Thursday morning, but the family is yet to issue a statement

Dare Adeboye, aged 42, was married with kids and was the assistant regional pastor region 35 in Akwa Ibom.

Sanwo Olu: We are waiting for rain to stop, road construction to commence soon

1,310 Total Views THE University of Abuja Teaching Hospital (UATH) has vindicated itself of alleged complicity in the death of a…