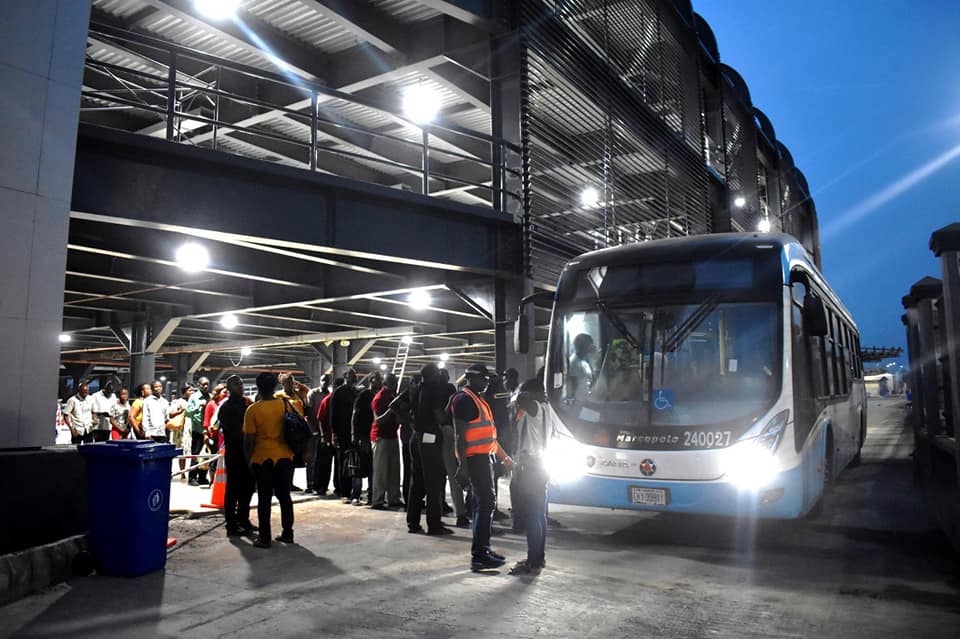 The Oshodi-Abule-Egba Bus Rapid Transit (BRT) corridor and the Terminal 2 of the Oshodi multi-level terminal and interchange will begin operation next week, The Nation learnt on Thursday.

Governor Babajide Sanwo-Olu will inaugurate the project on Tuesday, Commissioner for Transportation Dr. Frederic Oladeinde, confirmed this. He said the action would end the speculation that the government had abandoned the project.

Managing Director of Planet Projects Mr Biodun Otunola, whose firm handled the project, said 80 High Capacity Vehicles (HCVs), which would be deployed in the corridor, had been stacked at the multi-level terminal, waiting for the roll out.

Otunola, who said the firm had projected 15,000-passenger traffic daily, in the first three months, explained that when it peaks, the traffic will move to 25,000.

He said Terminal 2, like the remaining two others, has 24 hours power supply, potable water, conveniences, retail outlets, ticketing plaza, loading bay, Closed circuit television, medical facility and elevators, escalators and a sky walk, through which passengers could connect all terminals once all of them begin full operation.

He said stacked in all the three terminals are 200 buses, made up of 120 midi buses, (which are to begin inner city shuttles especially on the Lagos Island axis), in addition to the 80 HCV buses, which would be solely dedicated to the Abule-Egba corridor.

Otunola said commercial activity would begin within the next two weeks at Terminal 1, which would serve inter-state transit, adding that negotiation is almost concluded with officials of the state chapter of the National Union of Road Transport Workers (NURTW), whose members would cover the Southwest states and the fleet operators operating in clusters around Oshodi, who would be covering the Southeast, Southsouth and Abuja.

He added that Terminal 1 would be run in conjunction with the contractor and offices have been provided at the terminal for all NURTW officers.

Terminal 1, according to him, also has a secluded section for VIP passengers who would not want to mingle with other passengers at the general boarding side, but have a separate stairway exclusively for them.

Otunola said Terminal 3 which was declared open by President Muhammadu Buhari in May 2019, already accounts for about 25,000 passengers daily on the seven routes it currently operates, which were: CMS, Obalende, TBS, Ikorodu, Ajah, Berger and Lekki even though it is working at about 45% capacity.

On security, Otunola said a solid arrangement is in place with the state Task Force, the Neighbourhood watchers and plainclothes security operatives who would be out to ensure that the three terminals are safe for all passengers and tourists who may come visiting Oshodi just to see the terminals.

Court yet to sack Kashamu as Ogun PDP governorship candidate

10,237 Total Views Lagos, Nigeria – Union Bank of Nigeria is pleased to announce that it has received high ratings in…